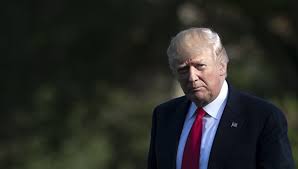 President Donald Trump on Wednesday conveyed "his deepest condolences" to Afghan President Ashraf Ghani, hours after what the White House called a "barbaric" attack that rocked the Afghan capital.

Trump "condemned the attack, which occurred during the holy month of Ramadan, underscoring the barbaric nature of the terrorists who are enemies of all civilized peoples," the White House said in a readout of the call.

At least 80 people were killed and more than 300 others wounded -- most of them civilians -- following a massive truck bombing in the heart of Kabul on Wednesday morning.

Trump lauded the "bravery of Afghan first responders, who worked quickly to support the wounded", the White House said.

"He also commended Afghan security forces for their steadfast efforts to defend the Afghan people from enemies who would seek to deny them the security and prosperity they so richly deserve," the executive mansion added.

The explosion, close to the city’s diplomatic enclave and the Presidential Palace, was so intense that it shook the ground and shattered glass in various parts of the city.

The blast comes as Afghanistan is set to host an international “Kabul Initiative” conference aimed at streamlining all efforts for peaceful resolution of the conflict in the country.

Javed Faisal, spokesman for the Office of Chief Executive in the National Unity Government (NUG), told reporters in Kabul last week the 'Kabul Initiative' conference would be attended by top ranking officials from the region, the U.S., the UN, the EU, Norway, Canada and Central Asia. He stressed all efforts for a political and peaceful solution of the conflict in Afghanistan should be Afghan-owned and Afghan-driven.