Turkey slams US veto of UN resolution on Palestinians 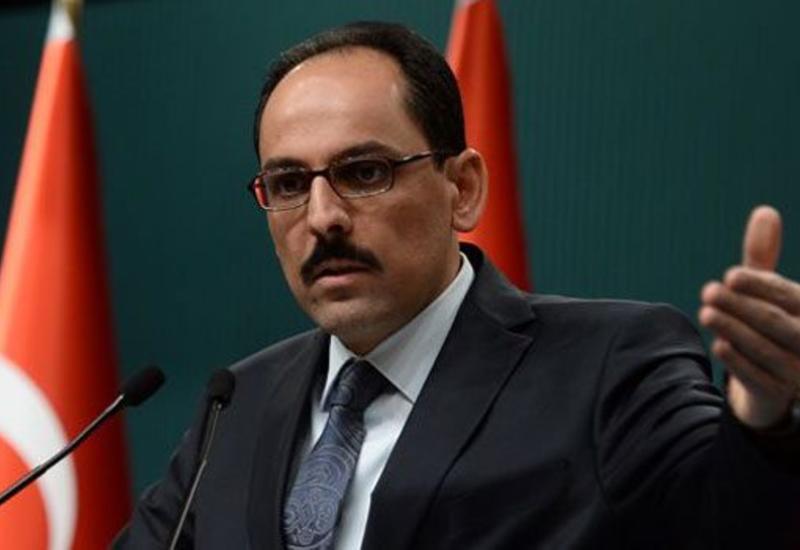 Turkish Presidential Spokesman Ibrahim Kalin on Saturday criticized the U.S. for vetoing a UN Security Council resolution calling for the protection of Palestinians.

“It is not surprising that the U.S. administration vetoed the resolution for the protection of the Palestinian people,” Kalin said on Twitter.

“This confirms once more that they side with the powerful, not the righteous.

“The Palestinian people and Jerusalem are not alone. We will continue to support their just cause,” he added.

On May 18, Kuwait submitted a draft resolution at the UN Security Council that condemned Israeli violence and called for "protection of the Palestinian people" in Gaza and the West Bank.

Ten countries voted in favor, while the UK, Poland, the Netherlands and Ethiopia abstained.

The resolution, which was revised three times and was said to have been “watered down”, previously called for international protection for the Palestinian people.

The final draft called for “the consideration of measures to guarantee the safety and protection of the Palestinian civilian population in the Occupied Palestinian Territory, including in the Gaza Strip”.

Speaking ahead of the voting, Nikki Haley, the U.S.'s UN ambassador, said the resolution that Kuwait submitted to the UN Security Council was unilateral and did not mention Hamas.