Crofts: “We are expecting more British fans to travel to Baku 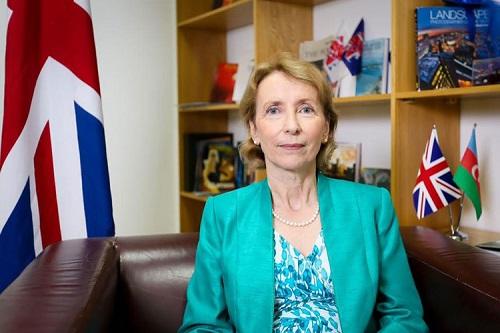 “Congratulations to Arsenal and Chelsea on reaching UEFA’s Europa League final on 29 May!” said British Ambassador to Azerbaijan Carole Crofts.

She stated that both teams have played in Baku before but not against each other: “For the first time two clubs from the Premier League will be playing each other in Baku’s magnificent stadium and I am sure it will be a memorable occasion. We are expecting more British fans to travel to Baku than ever before and I am sure they will enjoy their stay in this lovely city. Azerbaijan is famous for its excellent hospitality and I know they will be guaranteed a warm welcome".

Ambassador stated that advance teams from the UK police, Arsenal and Chelsea will be arriving in Baku later this week: “We are all working closely with the Azerbaijan authorities in preparation for the match. I would like to thank all those involved for their support and I wish both teams the best of luck for this special occasion”.