Kremlin: Protests did not cause a political crisis 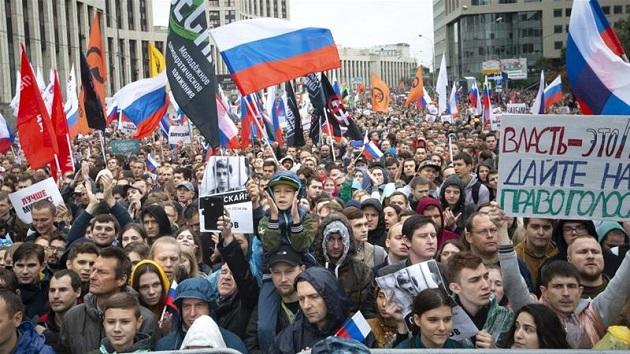 The Kremlin denied on Tuesday that a series of political protests in Moscow in recent weeks have created a political crisis in Russia in its first comments on the rallies.

Axar.az reports citing Reuters that the demonstrations, over elections for the Moscow city legislature, have turned into the biggest sustained protest movement in Russia since 2011-2013, when protesters took to the streets against perceived electoral fraud.

Kremlin spokesman Dmitry Peskov told reporters on a conference call that tough police action at the rallies had been justified, but that individual cases of police excess were being looked into.