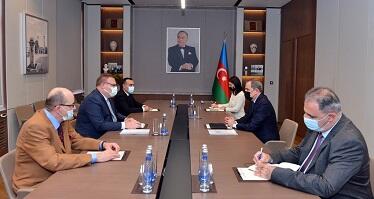 Axar.az reports that the statement came from the press service of the Azerbaijani Foreign Ministry.

Minister Jeyhun Bayramov congratulated Wendy Hinton on her appointment as Ambassador to Azerbaijan and wished her success in her future endeavors.

The Minister noted the prospects for the development of bilateral relations between Azerbaijan and New Zealand and stressed the importance of using all opportunities to expand ties.

Ambassador Wendy Hinton noted that the country is developing in a number of areas, including agriculture, technological applications, hydropower and other areas, emphasizing the prospects for cooperation in these and other areas.