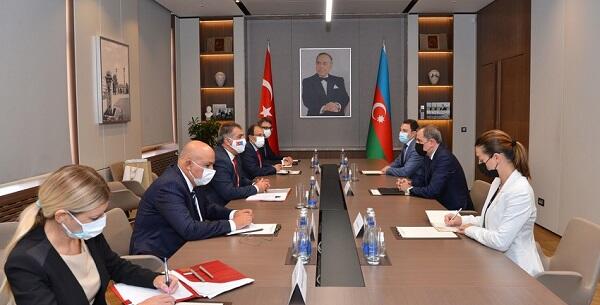 Axar.az reports this was stated by the press service of the MFA.

Minister Jeyhun Bayramov shared his views on the wide-ranging agenda of dynamically developing cooperation between the two brotherly countries. At the same time, he underlined the importance of strengthening of cooperation on multilateral platforms.

Deputy Minister Faruk Kaymakci conveyed the greetings of Minister Mevlut Cavusoglu and noted with satisfaction the development of strategic partnership between the two countries. The Deputy Minister praised Azerbaijan's assistance in the firefighting in Turkey and expressed his gratitude in this regard.