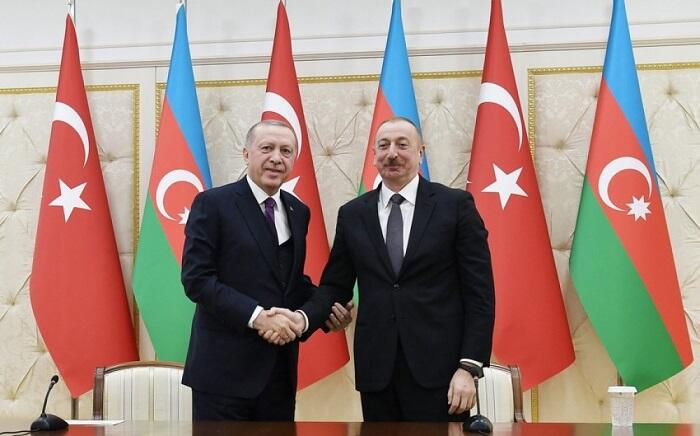 Relations between the two brotherly countries - Azerbaijan and Turkey - are constantly developing. The successes and achievements of both countries serve to further increase the prestige of our countries in the world.

Axar.az reports that on May 14, President of the Republic of Azerbaijan Ilham Aliyev paid a working visit to the brotherly country at the invitation of President of the Republic of Turkey Recep Tayyip Erdogan. During the visit, the heads of state attended the opening ceremony of Rize-Artvin Airport. For the first time, planes carrying Turkish President Recep Tayyip Erdogan and Azerbaijani President Ilham Aliyev landed at the new airport. This fact is of great political and moral significance. This fact is a clear embodiment of the unshakable unity that exists and strengthens between Azerbaijan and Turkey, the path of growth and development that our countries are walking together. It is no coincidence that at the meeting of the heads of state, it was noted that bilateral friendly and fraternal relations between Azerbaijan and Turkey are successfully developing in all areas, and political relations are at a high level. In this regard, the importance of the Shusha Declaration was emphasized once again.

He noted that the Shusha Declaration is another demonstration of the unshakable ties of friendship and brotherhood between our countries and peoples, as well as a historical document that increases the role and prestige of both countries in the processes in the South Caucasus.