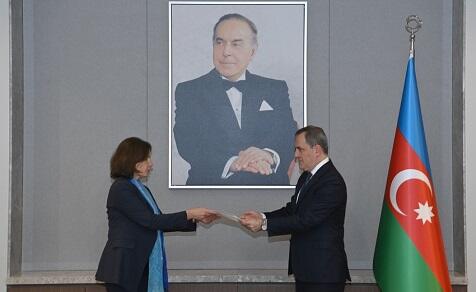 It was reported that J. Bayramov accepted the copy of Ambassador Ann Buayo's credentials and wished her success in her future activities.

During the meeting, the current state of Azerbaijan-France relations, regional situation, normalization of relations between Azerbaijan and Armenia, peace agenda and other issues were discussed.

Talking about the process of normalization of relations between Azerbaijan and Armenia, the minister informed the other side about the peace agenda, as well as the steps and initiatives taken by Azerbaijan to advance the mentioned process. He drew attention to the provocations and threats committed by Armenia.

The minister emphasized that the biased opinions voiced by France and the resolutions in the French Parliament hurt Azerbaijan-France relations and did not contribute to the peace process.

Ambassador Ann Buayon thanked J. Bayramov for the reception and said that she will try to develop relations.

The body of Orkhan Askerov was handed over