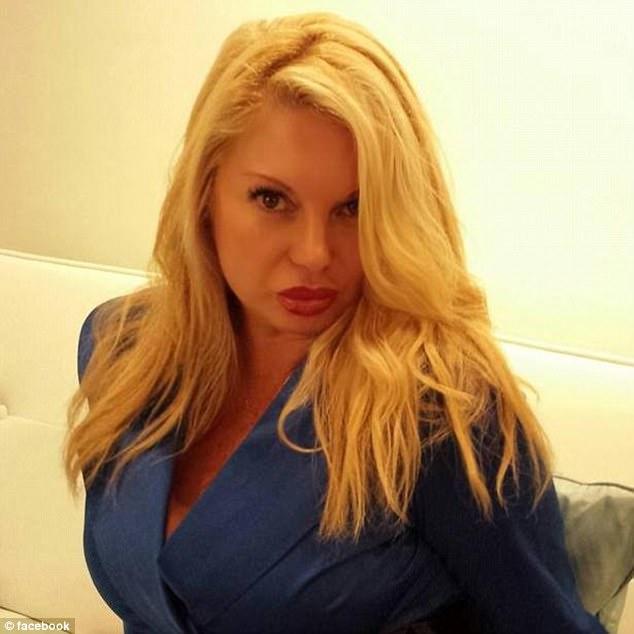 Axar.az reports citing Dailymail that, Antonia Dorian told The Sun she was invited to a suite at the Four Seasons in Beverly Hills by Stephen Belafonte in 2012.

She said that when she got there Mel B called out from the bedroom for Dorian to 'come in and say hello.'

In the bedroom the 49-year-old claims she found the pop-star lying naked on the bed, with all of the bed covers stripped off. From there, she said, things naturally escalated.

'I told her how hot she looked and she told me I had a great body as I climbed into bed with her. She made the first move and certainly didn't have to be asked twice,' the former playmate explained.

Mel B has alleged she was often forced into threesomes with Belafonte during the trial for her sexual harassment case against the 42-year-old.

The former model and adult actress has starred in a series of X-rated films, and said she first met the couple in 2012 when they were all visiting Los Angeles.

She said she was having a night out with some of her friends, and they eventually ended up at the Four Seasons hotel bar. There, she claims, Belafonte first started flirting with her.

'T here was a busy table next to us an this one good-looking guy kept looking over and checking me out,' she explained.

'It was Stephen Belafonte, although I had no idea who he was at the time.'

She said that she got set to leave with her friends around 1.30am and was stopping at the restroom on her way out when she ran into him.

Belafonte approached her and introduced herself, she said, and asked if she wanted to come up to his suite for a glass of champagne.

'He told me how beautiful I was and I asked him if I could trust him,' she explained.

'He said I could so we went upstairs together.'

Once they were at his room she said she found out he was married to Melanie Brown - Scary Spice.

From there, she said, she was quickly introduced into Mel B's bedroom.

Because she was such a big fan of the Spice girls she said she couldn't' believe what she was hearing, and followed Belafonte into the bedroom.

'We walked into the bedroom and Mel was laying there in bed under the covers,' she recalled.

'Stephen slid the sheet from her body and she was lying there totally naked. She looked amazing.'

She said that throughout the encounter Belafonte acted like a director and told them what to do.

'I don't know if he was videotaping is, I was not paying close attention but it is definitely possible he could have been,' Dorian explained.

She said Belafonte asked if he could have unprotected sex with her, but that she denied in case she was not the first women to be invited into their marital bed like this.

Once she left that night, she said she never saw or spoke to them again.

Mel B has now come out to make a string of claims against Belafonte, who she married in 2007. The pair filed for divorce in March and the legal battle has grown increasingly bitter.

She claims he repeatedly physically abused her and made her have sex with other women in threesomes which he filmed. She also says he told her he could destroy her career if he decided to leak those tapes.

Mel B has sought a permanent restraining order against him.

Belafonte, in return, made claims that Mel B was addicted to cocaine and alcohol during their marriage, which she has said isn't true.

The case was settled in a Los Angeles court on Thursday, which she undoubtedly hopes will prevent the sex tapes from being leaked.

The settlement came after two weeks of trial, in which witnesses were asked about their sexual history with Mel B and Belafonte.

The pair still have to decide on the financial details of the split, but after leaving court on Thursday Belafonte said he was the 'happiest guy in the world.'

'I'm just glad the cloud of suspicion of domestic violence is no longer over my head,' he told reporters.

''It's hard out here to be a man. But you persevere and you get there in the end..'

Mel B's mom took to Twitter to say that news of the settlement isn't true, but the pop-star hasn't made a statement herself.