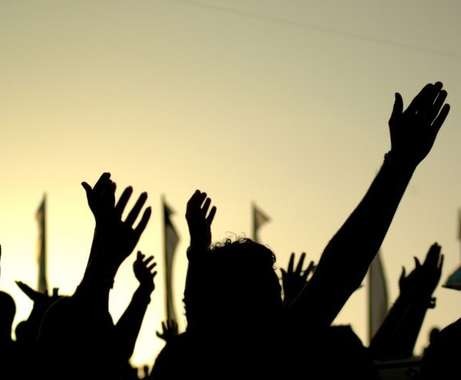 Yerevan has experienced a new wave of protests against country’s, which targeted the authoritarian regime and release of political prisoners.

A protest action took place in the Freedom Square, a center of the Armenian capital city on March 14.

This time dozens of women representing the “Armenian Women's Front” party opposed the regime of President Serzh Sargsyan. Participants of the rally shouted such slogans as ‘No dictatorship!’ and ‘Freedom to political prisoners!’, the local media reported.

Several activists were detained by police ‘for non-compliance with the requirements of police representatives’, Armen Malkhasyan, spokesperson of the city police told local media.

Front of National Salvation “New Armenia” issued a video, featuring the detainees shouting ‘Freedom!’ and ‘Freedom to political prisoners!’ even in a police car.

Earlier this year, civil activists held a protest action in front of President Serzh Sargsyan’s residence. The rally was aimed to protest against the arrest of the famous civil activist, Vardges Gaspari, who was imprisoned for political reasons, the protesters said.

During the protest, three activists lay down on the roadway, blocking traffic on the Baghramyan Avenue in the center of Yerevan. However, the police dispersed the protesters, while seven activists were taken to the police station.

Such rallies have become common for the Armenian capital. The Armenian government, whose wrong and brutal policy caused an economic collapse in the country, infringes upon the rights of its own citizens.
All this has led to the fact that almost every day, activists of various organizations go into the streets to demand freedom for political prisoners, or to complain about the regime existing in the country.

Series of mass protests held in the wake of the Armenian presidential election in 2008 were the most famous and scandalous rallies. The protests began on February 20, lasted for 10 days involving tens of thousands of demonstrators during the day and hundreds camping out overnight.

Despite the calls of the government to stop the demonstrations, the protests continued until March 1. On the morning of March 1, police and army units dispersed 700-1,000 persons who remained overnight, beating them with truncheons and electric-shock devices.