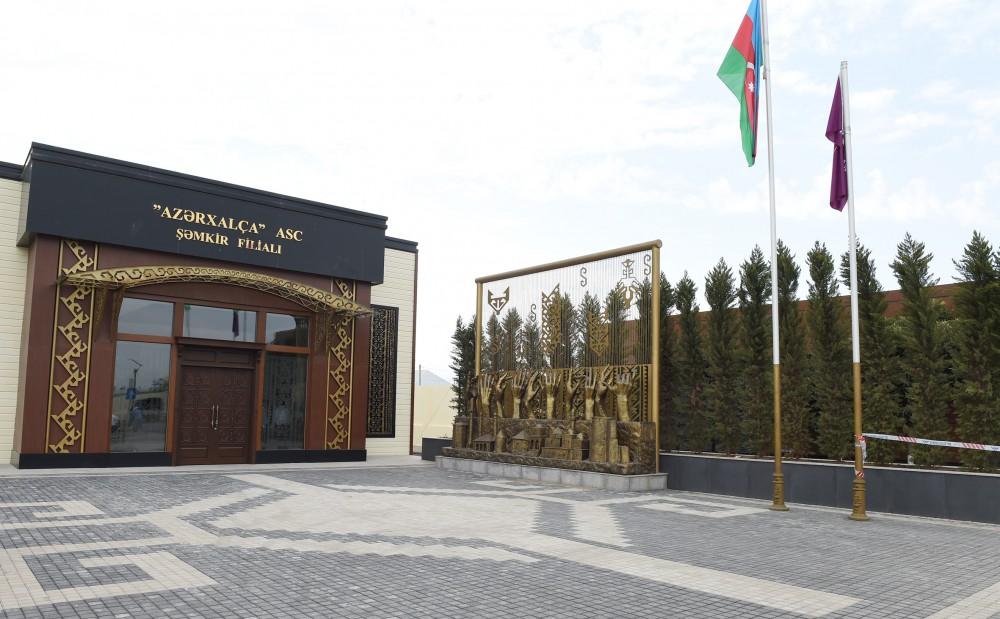 President of the Republic of Azerbaijan Ilham Aliyev has attended the inauguration of the Shamkir branch of “Azerkhalcha” Open Joint Stock Company.

The head of state cut the ribbon symbolizing the official opening of the branch.

The construction of the building of the Shamkir branch started in 2016, and ended in 2017. The building occupies a total area of 1100 square meters. 150 weavers and 12 administrative and other staff will be employed in the branch. The building consists of a textile workshop, an artist room, a warehouse, a canteen, a medical point and a sales room.

After touring the branch, President Ilham Aliyev met with carpet-weavers.

Then a photo was taken.