British Tourist Get Blown Away by Jet Turbine - Video 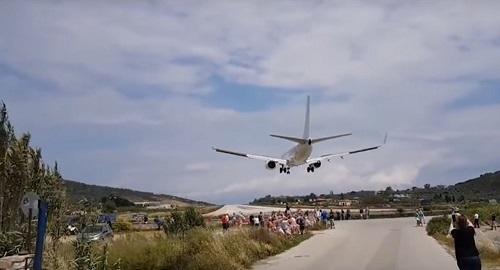 He says that he picked the exact spot where many tourists film planes taking off and landing at Skiathos Airport.

Axar.az informs, a video has surfaced on YouTube filmed by Paul Turner, a British tourist, on the Greek island of Skiathos. The man tried to film the takeoff of an Airbus 321-231 from the local airport with his camera; but as jet's turbines began to accelerate, both the tourist and his camera were blown away by its exhaust.

Turner claimed that he had picked the same spot as many other tourists who like to watch planes landing and taking off, but forgot to grab on to the fence.

"I have always wanted to stand in the jet stream of a passenger jet after seeing videos on Facebook of other people doing it at Skiathos Airport," The Daily Mail cites the tourist as saying.