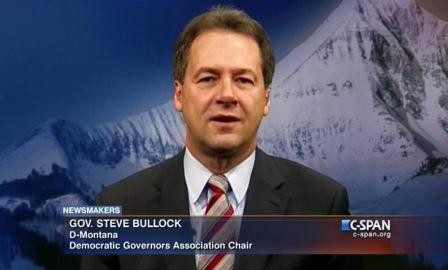 The Governor of the US State of Montana Steve Bullock signed a statement condemning the Khojaly Massacre which was committed by Armenia’s armed forces against the Azerbaijani civilians in 1992, and the governor called the residents of the state to recognize and remember “Khojaly Remembrance Day”.

Consulate General of the Republic of Azerbaijan in Los Angeles said about it.

The report notes that in the document was received by the Consulate General of Azerbaijan in Los Angeles, Khojaly massacre was condemned as one of the horrors of war.

“As Governor of the great State of Montana, it is with a solemn heart that I urge all Montanans to recognize February 26th as 'Khojaly Remembrance Day', a day of remembrance for the lives lost in Khojaly, Azerbaijan in 1992. Azerbaijanis living in Montana and around the globe observes this day every year to honor the lives lost on that day."

“The events in Khojaly are a sobering reminder of the damage that can be inflicted in wartime and serve as an enduring reminder of the need for greater understanding, communication, and tolerance among people all over the world," the statement continues.

“As Montanans, we join with our Azerbaijani brothers and sisters in Montana to remember this day while also seeking to find understanding that surpasses the violence so often associated with conflict,” the Governor notes.

This special message of recognition is the first official document in Montana concerning the Khojaly Massacre.

Thus Montana has become the 20th US State to condemn the Khojaly Massacre, as well as recognize and honor its innocent victims.