The Commission studies the incident details 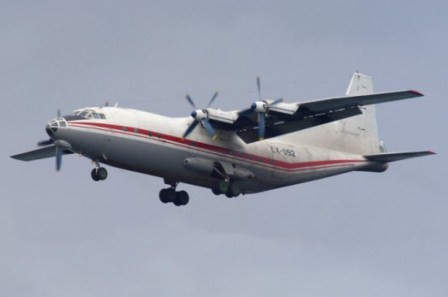 The Commission of Azerbaijan Civil Aviation’s Administration on investigation of crash of the plane of the Azerbaijani company Silk Way is in Afghanistan on the place to investigate the incident.

The Commission headed by the head of department of Public Administration of Civil Aviation of Azerbaijan Mukhtar Karimov together with the Afghan representatives of civil aviation studies the incident details. The Commission deals also with the question of delivery of bodies of the dead home.

As earlier reported, the An-12 cargo plane, rented from Silk Way for cargo shipping purposes, crashed in the province of Helmand, Afghanistan, while it was taking off from Dwyer Airport at 18.30 Baku time. No cargo was on board. There were an Uzbek (captain), three Ukrainian and five Azerbaijani citizens on board.
Aboard there were 9 crew members, 7 people have died.