10-year-old boy has died of rabies 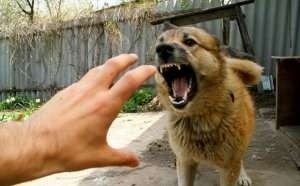 A 10-year-old boy has died of rabies after being bitten by a dog in his head, face, and mouth 20 days ago in the Dayikend village of Azerbaijan's Salyan.

Rita Ismayilova, head of the department of epidemiology of especially dangerous infectious diseases of the Republican Anti Plague Station under the Health Ministry, said that the boy was admitted to the Salyan district central hospital the same day he was attacked by the dog, APA reports.

“However, the child’s body failed to create immune as the incubation period of the disease was short, so it developed into rabies. The child was transferred to Baku and received symptomatic treatment in the children infectious diseases hospital No.1. Nevertheless, the child could not be saved and he died on July 7. It’s well known that there’s no treatment for a person who is infected with rabies; it results in death,” he said.

She added that about 17,000 people bitten by animals every year are healed. On rare occasions, the incubation period is very short.

“This child’s incubation period was 14 days and symptoms have already manifested. The treatment didn’t help because the child’s body failed to create immune. Moreover, he had been beaten in dangerous parts—his face, head, fingers, upper body. These areas are close to the brain and therefore death occurs earlier,” she said.

Note that this is the second such fact recorded in 2016. The first incident took place in Zagatala in May; Pari Turajova (1969) did not go to hospital after being bitten and died of rabies in Zagatala.