When will Lachin people come back? - President announced 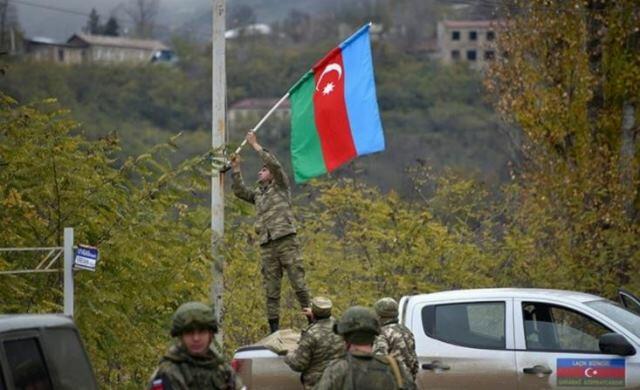 I hope that the first group of Lachin residents can return to the city of Lachin by the end of next year.

Axar.az reports that President of Azerbaijan Ilham Aliyev said this during his speech while raising the Azerbaijani flag in Lachin.

"Today, coming here from Murov mountain, looking at these beautiful mountains, I see once again how beautiful our homeland is. 12 tunnels are being built from Murov mountain to the city of Lachin, just imagine, in this direction alone. I still see the direction of Fuzuli-Shusha, the other directions, not to mention the Horadiz-Aghband direction. However, 12 tunnels are being built from Murov mountain to Lachin city. The total length of these tunnels is 17.5 kilometers. The largest of them - the Murovdag tunnel is 12 kilometers long. That is, I have traveled for several hours now. But today in the future, - that day is not far away, in two years, at most two and a half years, - people will come from Goygol to the foot of the Murov mountain and live here very easily. At the same time, instructions have been given regarding the construction of the Gubadli-Lach highway. We are Horadiz-Zangilan- We are engaged in the construction of the Gubadli highway. I have indicated that the Gubadli-Lachin highway will also be built with four lanes. That is, this road is the main one," Ilham Aliyev said.

The President noted that specialists were immediately sent here in connection with electricity:

"Lachin's electricity industry was inspected, necessary measures were taken, generators were brought in. Lines will be drawn here from the Gülebird Water Power Station, which we built in a short period of time, and thus there will be no problems with electricity here.

I want to say once again that I am proud to have raised our national flag in the center of Lachin. This flag will fly here forever! We will live here forever! Long live Lachin! Long live Azerbaijan!", the Supreme Commander added.