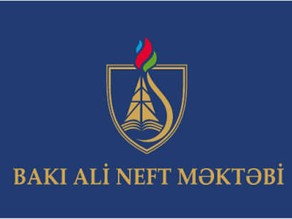 A meeting with 26 students to be sent to Petkim, Turkey for an internship and their parents was held at Baku Higher Oil School (BHOS).

It was told in the press service of BHOS, welcoming the attendees Elmar Gasimov, Rector of BHOS extended his congratulations and wished success to the students getting an opportunity to take an internship at Petkim. The Rector underlined that students were annually sent for an internship at various companies including SOCAR structures and production units, international companies working in Azerbaijan, as well as Petkim, Turkey with the view to facilitate enrichment of their theoretical knowledge with practical skills.

Emphasizing that the students were lucky to get an opportunity to work at such a well-recognized company as Petkim, Mr. Gasimov brought to the parents’ attention that their children would be able to be closely familiarized with the operations of various technological equipment, devices, technological processes, as well as the control and management systems working together with experienced engineers. He also said that the internship would help the students to enrich their academic knowledge with the practical skills acquired at Petkim thus facilitating their furthe4 development as highly qualified specialists.

The welcoming speech was then followed by the discussions where the Rector responded to various questions raised by the parents.

I should be noted that since the last year, based on the agreement reached between BHOS and Petkim, the BHOS students get an opportunity to take an internship at Petkim anually during the summer time.

This year, the total duration of the programme will last from July18 to August.29.