Ten of the best defenders in the world 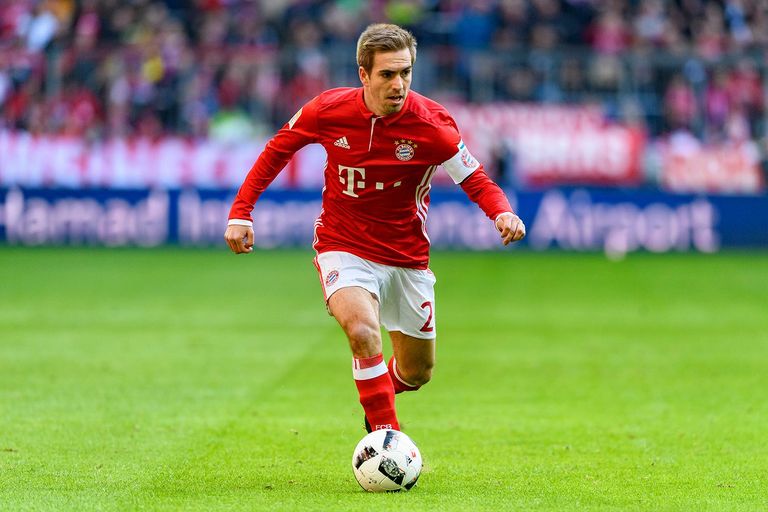 A look at 10 of the best defenders in the world.

PHILIPP LAHM (BAYERN MUNICH)
One of the mainstays of the Germany team for several years, Lahm's marauding runs from full-back were a good avenue of attack for Germany before his international retirement in 2014. The versatile Lahm is capable of shooting and passing with either foot, and enjoyed excellent 2010 and 2014 World Cups. At club level he has won almost everything there is to win, including the 2013 Champions League.

DIEGO GODIN (URUGUAY & ATLETICO MADRID)
The Uruguayan is an inspiration for Atletico and one of Diego Simone's trusted lieutenants. Strong in the tackle and excellent in the air, Godin is a rugged defender who will keep things together under even the most intense pressure. Superb alongside Miranda in Atletico's sensational 2013/14 title winning season, Godin also weighs in with his fair share of goals.

THIAGO SILVA (BRAZIL & PARIS SAINT-GERMAIN)
The Brazilian has almost everything. Strong in the tackle and commanding in the air, the former AC Milan center back was outstanding in the 2010-11 season as the Rossoneri won their first Italian title since 2004. Silva is so comfortable on the ball, that he was even deployed in midfield by coach Massimiliano Allegri when injuries hit the squad. His performances prompted PSG to pay 46 million euros for the player in July 2012 and he quickly helped the club to their first Ligue 1 title since 1994.

VINCENT KOMPANY (BELGIUM & MANCHESTER CITY)
The Belgium defender was heralded as one of the most exciting defensive prospects in the game in his early years at Anderlecht. He has duly delivered on that promise, and is now regarded as one of the best in the world. The unflappable Manchester City defender is quick, strong and dominant in the air. He has helped City to two Premier League titles, an FA Cup and a League Cup.

SERGIO RAMOS (SPAIN & REAL MADRID)
The uncompromising Ramos has been a mainstay in the Real Madrid defense since his move from Sevilla in 2005 for 27 million euros – a record fee for a Spanish teenager. Ramos has excellent pace and is reliable in the tackle. His commitment often sees him getting in trouble with referees, and it is rare that he completes a season without getting at least one red card. A pillar of strength for club and country.

MATS HUMMELS (GERMANY & BORUSSIA DORTMUND)
A fine ball playing central defender who was key to Germany's 2014 World Cup success. Hummels netted a key goal against France in the quarter finals as Germany went on to conquer all before them. But it is at the other end of the field where Hummels really shows his worth, producing the sort of key tackles and interceptions that make him the target of many of Europe's top clubs.

GERARD PIQUE (SPAIN & BARCELONA)
Many at Barcelona believe this product of the La Masia youth system will go on to captain the club. He was a key protagonist as Spain won the World Cup in South Africa. A composed defender who is strong in the air and the tackle, Pique is also adept at launching his team's attacks. And he even claims to know all of Cristiano Ronaldo's tricks from their time together at Manchester United.

GIORGIO CHIELLINI (ITALY & JUVENTUS)
Fabio Cannavaro was famous for being an exponent of the classic style of rugged Italian defending, and in Chiellini Italy have a player to carry the baton forwards now that the great man has retired. The Juventus defender takes few prisoners, is strong in the air and firm in the tackle. Chiellini was the victim of Luis Suarez's famous bite at the 2014 World Cup.

JOHN TERRY (CHELSEA)
Terry's career looked to be winding down three or four years ago as he was regularly getting caught out for pace. But his positional sense remains and the former England international was fantastic alongside Gary Cahill during the Blues' 2014-15 title winning campaign. Jose Mourinho even suggested his performance in the 0-0 draw at Arsenal that season was the best he had ever produced.

DANIEL ALVES (BRAZIL & BARCELONA)
Alves had to play second fiddle to Maicon for the Brazil right-back slot for several years, but now turns out more regularly for the Selecao. Supporters at Camp Nou see Alves dominate the right side on a regular basis, his pace, crossing ability and free-kick taking prowess helping him score at least four or five goals a season. Sevilla signed him for less than US$1 million from Bahia in 2002 and sold him at a huge profit in 2008. A triple Champions League winner with Barca.