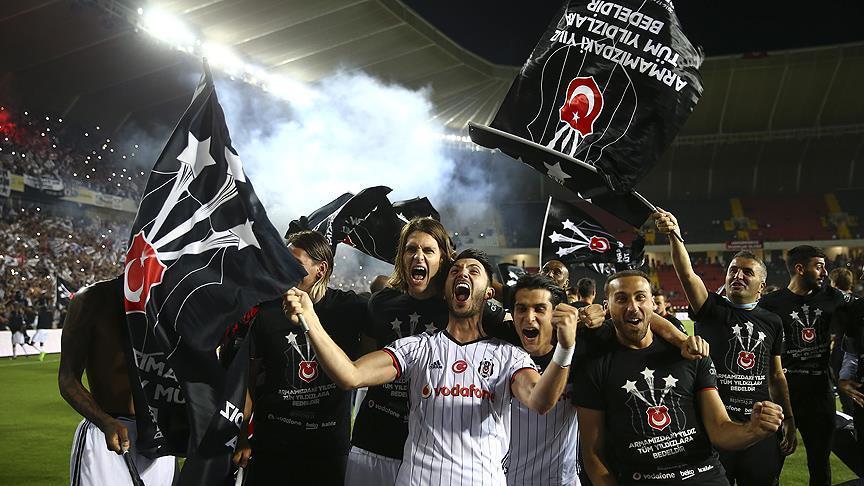 The Black Eagles increased their point total to 74 with the win on Week 33 and become champions with one match left.

Ryan Babel opened the score in the 6th inute and Oguzhan Ozyakup made it 2-0 in the 39th minute.

Already relegated Gaziantepspor seemed leagues behind the leaders as Anderson Talisca's two goals in the second half gave the back-to-back champions a comfortable 4-0 victory.

The Istanbul club qualifies for the group stage of the Champions League next season, without having to play a qualification round.