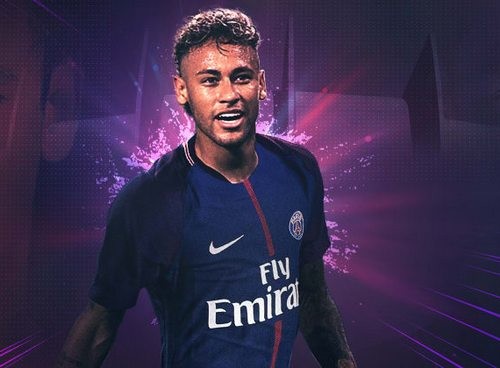 Axar.az reports that PSG announced the Brazilian striker had signed a five-year contract with the French club for a fee of €222 million ($263 million).

This amount is more than double that paid for French midfielder Paul Pogba who moved from Juventus to Manchester United last summer.

"Neymar Jr is now committed to the French capital’s club until June 30, 2022," PSG said in a statement.

"At 25 years old, he has already been selected for the Brazilian national team 77 times, scoring 52 goals," the club added.

"As captain of the national team, Neymar da Silva Santos Junior has emerged as the leader of a team aiming to win its sixth World Cup in 2018. Wearing the Brazil jersey, Neymar Jr has already carried his country to its first Olympic title at the Rio Games in 2016."

The statement also quoted Neymar as saying: "'I am extremely happy to join Paris Saint-Germain'."

"Since I arrived in Europe, the club has always been one of the most competitive and most ambitious. And the biggest challenge, what most motivated me to join my new teammates is to help the club to conquer the titles that their fans want."