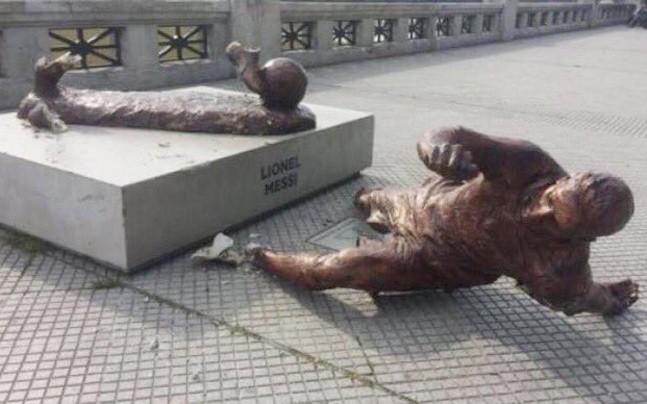 Lionel Messi and Antoine Griezmann gave a glimpse of what the duo can achieve for Barcelona, but the partnership didn't last long because of another injury to Messi.

Axar.az reports citing Miami Herald that the Argentina star set up Griezmann's opening goal in the 2-1 win over Villarreal at Camp Nou Stadium on Tuesday, but then had to be replaced at halftime of his first start after a long injury layoff.

Messi, who on Monday won his sixth FIFA player of the year award, didn't return for the second half because of an apparent left leg muscle problem.

"When something happens to Messi, it seems that the world comes to a halt," Barcelona coach Ernesto Valverde said. "But it looks like it's only some minor pain in his abductor (muscle). We replaced him as a precaution. We don't want to take any risks."