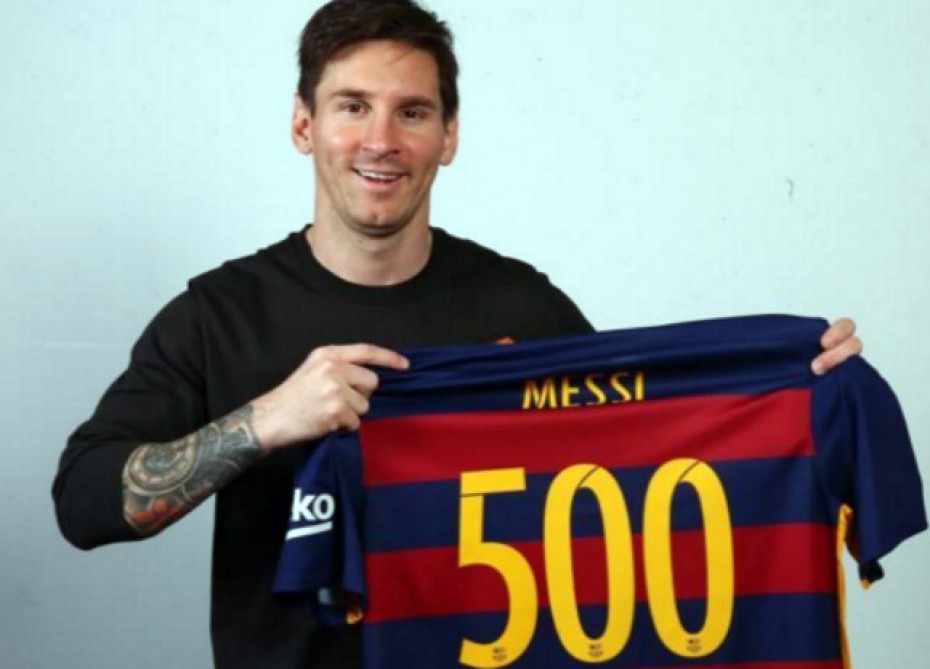 Five-time Ballon d'Or winner Lionel Messi broke the 500-goal plateau for his career during Barcelona's 7-0 rout vs. Valencia in the first leg of the Copa del Rey semifinals, according to Fox Sports.

That tally includes the 16 goals Messi scored during his time with Argentina's U20 and U23 national teams.

Heading into the match, Messi stood at 498 career goals: 433 with Barcelona, 49 with Argentina's national team, and 16 with the Albiceleste's youth teams. A simple brace against Valencia would have been enough to get him to 500, but of course, in typical Messi fashion, he went one better and wound up sealing a hat trick.