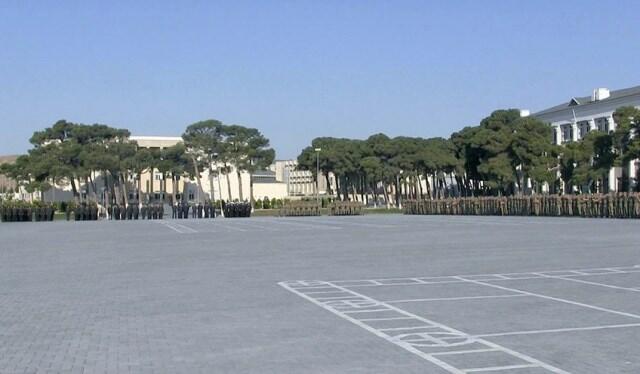 An event dedicated to the beginning of a new training year was held at the Azerbaijan Military Academy named after Heydar Aliyev.

Axar.az reports citing MoD that speaking at the event, the teaching staff of the Azerbaijan Military Academy named after Heydar Aliyev noted that they would confidently fulfil the requirements and tasks set in order to continue the achievements and spare no effort to train highly intelligent and professional officers who will meet modern requirements for the future development of the Azerbaijan Army.

The cadets, in turn, noted that during their studies, they would master the subjects taught by the teaching staff, further improve their theoretical knowledge and practical skills.

Then a group of distinguished servicemen was awarded valuable gifts.

In the end, the military personnel solemnly marched in front of the podium.