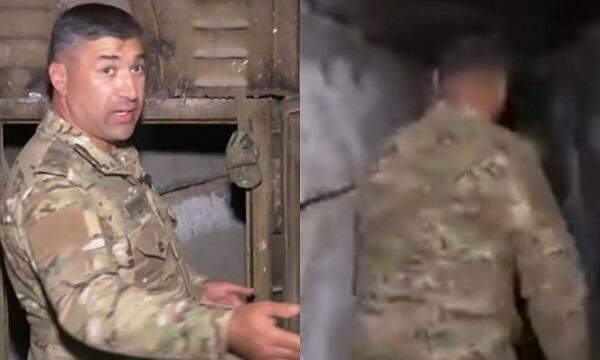 Real TV prepared a plot about the concrete tunnels built by Armenians in the area during the occupation of our lands near Lalatepe.

Axar.az reports that the corps commander, Major General Mais Barkhudarov, gave detailed information about the technical parameters of the tunnel.

"We were already here in the afternoon of September 27. Armenians were persistently attacking here. 150 people one, 200 people one. They wanted to enter here so as not to leave here. We destroyed up to one platoon of them," said Mais Barkhudarov.