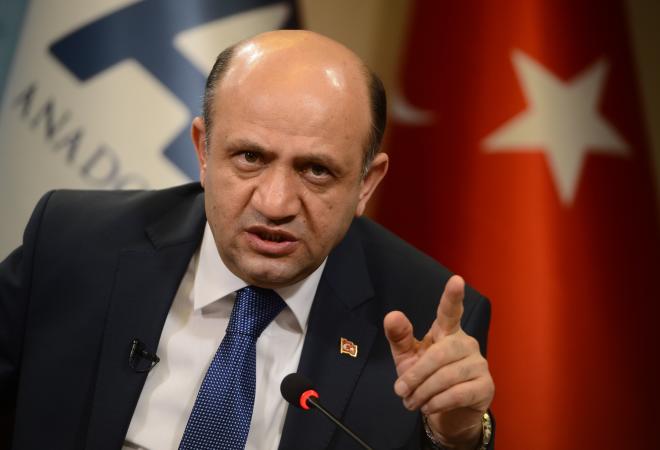 Speaking to reporters in the northwestern province of Kocaeli, Isik said Turkey was aware of the efforts of the PYD to create territorial sovereignty in the region, and would not allow such a thing.

"It is a huge lie that the PYD represents Kurds in the region. The most murderous acts against the Kurds in Syria are now committed by the PYD," Isik said.

According to Isik, the PYD is hostile to any Kurdish group that refuses to join its forces, sometimes even killing them. "This should especially be underlined because the attitude of Turkey is not against the Kurds [in the region]," he said.

The PYD is a Syrian offshoot of the PKK, which is recognized as a terrorist group by Turkey, the EU and U.S. While Turkey considers PYD/YPG as Syrian affiliates of the PKK, neither the EU nor the U.S. regard the groups as its offshoots.

Turkey-backed forces have killed more than 3,000 Daesh terrorists -- as well as some PKK/PYD elements -- in northern Syria under Operation Euphrates Shield, according to President Recep Tayyip Erdogan.

The Turkish government has long said it would not participate in any formation in the region where the PKK/PYD is included.

Ankara has repeatedly said one terror group should not be used against another and urged the U.S.-led coalition to stop using the YPG to eliminate Daesh terrorists in the region.