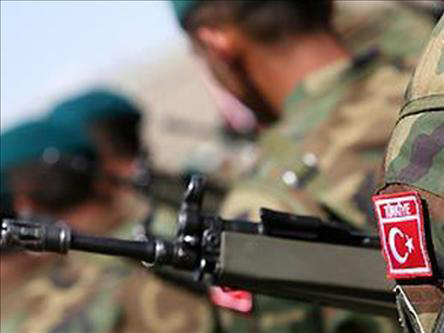 Turkish security forces have neutralized over 190 terrorists in nationwide counterterrorism operations over the last month, the country's Interior Ministry said on Wednesday.

According to ministry figures, the security forces conducted a total of 2,315 operations targeting the PKK -- listed as a terrorist organization by Turkey, the U.S., and EU -- between May 22 and June 19.

Out of 191 neutralized terrorists; 125 were killed, 21 were captured and 45 others surrendered.

Over 900 suspects have also been arrested, accused of PKK links.

Sixty-eight other detainees were thought to have ties to various leftist terror organizations and 181 were held for suspected links to Daesh.

More than 3,360 suspects accused of being members of the Fetullah Terrorist Organization (FETO) have also been arrested as part of the raids.

According to the government, FETO and its U.S.-based leader Fetullah Gulen orchestrated the defeated coup of July 2016, which left 250 people martyred and nearly 2,200 injured.

In addition, 2,755 counter-narcotics operations across the country have taken place. Police seized 585 kilograms of heroin, 224.5 kilograms of cocaine and over five million unprocessed cannabis plants, along with other types of drugs.

Over 11,000 undocumented immigrants were also detained and 287 suspects were arrested on suspicion of organizing illegal migrations.

Turkish jets on Tuesday destroyed four caves used as shelters by terrorists plus two bunkers and two arsenals in the Hakurk and Qandil regions, the Turkish General Staff said.