2 Marvel movies and 'Avatar' sequel to be released 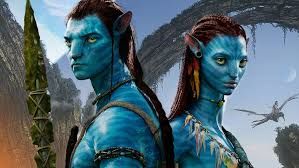 Just as superhero fans were hunkering down for the Thanksgiving holiday, Fox announced the release dates for two mystery Marvel movies.

The studio also revealed the release date of what is expected to be James Cameron’s upcoming “Avatar” follow up as Dec. 21, 2018.

The delayed Lightstorm Entertainment movie is assumed by many to be a sequel to the 2009 blockbuster.

There has also been speculation that the Marvel projects could include a “Deadpool” sequel or additions to the “X-Men” franchise.

Earlier on Wednesday, it was announced that Ridley Scott’s “Aliens: Covenant” will land in theaters three months earlier than expected on May 19, 2017.