Girls are attempting suicide by poisoning 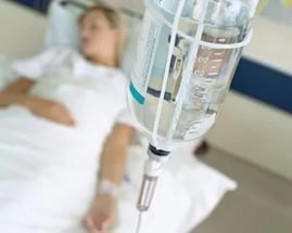 The rate of suicide attempts by poisoning among young people in the United States has more than doubled in the past decade and more than tripled for girls and young women, according to a study published Wednesday.

Researchers at Nationwide Children's Hospital in Columbus, Ohio, and the Central Ohio Poison Center recorded the number of phone calls made to US poison centers between 2000 and 2018 for self-poisoning of children and young adults ages 10 to 24 that were believed to be suicide attempts.

Over the 19-year study period, there were 1.6 million intentional poisoning cases, of which 1.16 million (71%) occurred in girls and young women, according to the findings, published in the Journal of Pediatrics.

Between 2000 and 2010, the rates of suicide attempt through poisoning remained relatively stable and even had a small decrease in some age groups. But starting in 2011, the rates dramatically increased, according to the results.

The increase was smaller but still present for boys.

"It's not just that there are more attempts, it's also the outcomes; the severity is increasing, as well," said Henry Spiller, director of the Central Ohio Poison Center at Nationwide Children's Hospital, lead author of the new study.

The percentage of suicide attempts that were severe and required medical intervention also increased during the study period.

"We know that certain societal rules and expectations for women can be associated with higher rates of mental health issues and suicide rates," said Dr. Barbara Robles-Ramamurthy, child and adolescent psychiatrist at the Long School of Medicine at UT Health San Antonio, who was not involved in the study. "Then you add a possible biological component -- hormones -- and a genetic predisposition."

Regarding poisoning as a method of suicide, the results may speak to the availability of medications and harmful substances around the home.

"We know that medications are part of our daily lives nowadays. We have a ton of bottles everywhere, so when it comes to having easy access, that's obviously the easiest access that we have to something that we know could harm our bodies," Robles-Ramamurthy said.

One reason for the increase in depression and suicidal behaviors may be more stress and pressure on kids, said Dr. Gene Beresin, executive director of the Clay Center for Young Healthy Minds at Massachusetts General Hospital and professor of psychiatry at Harvard Medical School, who was not involved in the study.

"Kids are feeling more pressure to achieve, more pressure in school, and are more worried about making a living than in previous years," he said.

Another reason may be the rise of social media and increasing rates of cyberbullying that have come with it, Beresin said.

In isolation, none of these factors has been proven to lead to an increase in suicidal behaviors and ultimately suicide but taken together, a pattern begins to emerge, Beresin said.