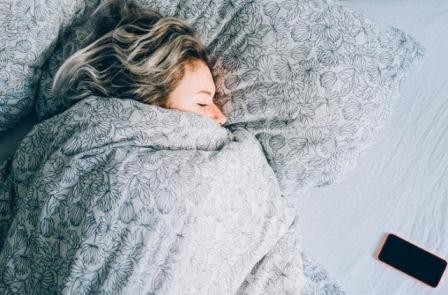 The Dutch get the most sleep of any nation in the world, people in Japan and Singapore get the least, women tend to get more than men and sunshine could help get a good night’s rest, according to a study of 100 countries from around the world.

Mathematicians from Michigan University in the US used information about the sleep patterns of thousands of people from a mobile phone app designed to help people avoid jet lag.

Another key finding was that while people tend to go to bed for social reasons, they are woken up by the body’s internal clock – so people who stay up late believing they can have a lie in during the morning may be deluding themselves.

One of the researchers, Daniel Forger, said: “Across the board, it appears that society governs bedtime and one`s internal clock governs wake time, and a later bedtime is linked to a loss of sleep.

“At the same time, we found a strong wake-time effect from users’ biological clocks -- not just their alarm clocks.

“These findings help to quantify the tug-of-war between solar and social timekeeping.”

It recommends “custom schedules of light and darkness” and in order to use it people have to submit details about how much sleep they get and light exposure. They are then given the option of sending the information anonymously to the researchers.

They found that women tended to plan to sleep for about 30 minutes more than men, going to bed a little earlier and waking later. Middle-aged men got the least sleep, often below the recommended seven to eight hours.

People in the Netherlands got the most sleep, staying in bed for an average of eight hours and 12 minutes -- about three-quarters of an hour more than those in Singapore and Japan, who were tied for the least amount of sleep with an average of seven hours and 24 minutes.

Spending time outdoors also appears to have an effect. Those who get some sunlight each day tend to go to bed earlier and sleep longer than those who spend most of their day in artificial light.

Ms Walch said sleep was more important than many people realise – getting six hours a night is not enough.

“It doesn`t take that many days of not getting enough sleep before you`re functionally drunk,” she said.

“Researchers have figured out that being overly tired can have that effect.

“And what`s terrifying at the same time is that people think they`re performing tasks way better than they are. Your performance drops off but your perception of your performance doesn`t.”