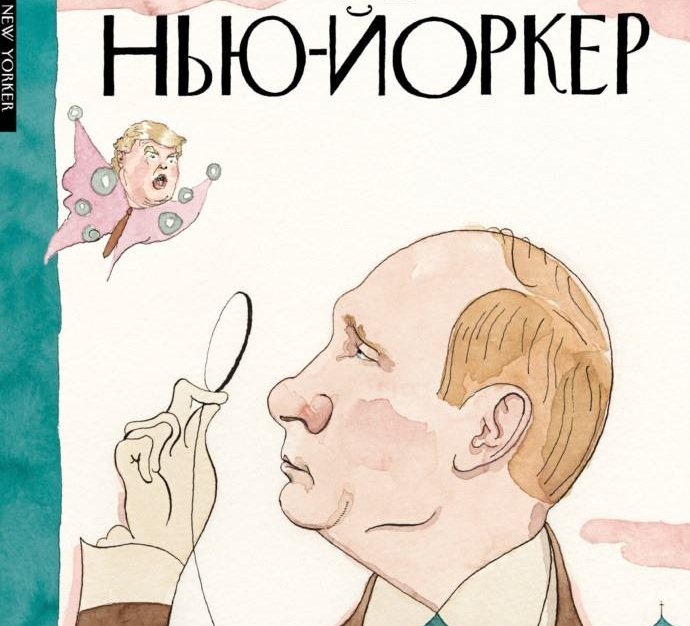 Russian President Putin's photo was cover of The New Yorker magazine and headline was written in Russian.

Axar.az reports, in this photo, Putin looks at butterfly which head is Trump's head with magnifier. Magazine released a statement regarding cover photo:

Vladimir Putin may have influenced the U.S. Presidential election, but his plans are much bigger.“I’m boning up on my Cyrillic,” Barry Blitt, the artist behind the cover of next week’s issue, says. In a riff on the magazine’s first cover, from 1925, by Rea Irvin, Blitt imagines a future in which our dandy mascot has become Eustace Vladimirovich Tilley and the lepidopteran under scrutiny is none other than a stunned Donald Trump. But Blitt isn’t the only one looking at what he calls “the butterfly effect.” This issue of the magazine features “Active Measures,” an investigation into the Trump-Putin drama by Evan Osnos, David Remnick, and Joshua Yaffa.