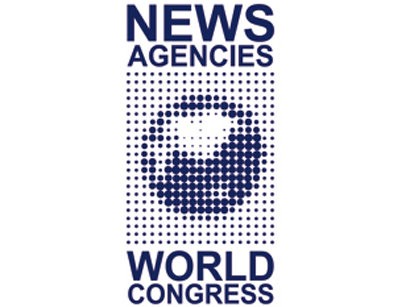 Baku will host several summits of the major international media on November 16-18 - the 5th World Congress of News Agencies, the 16th General Assembly of the Organization of Asia-Pacific News Agencies and the 22nd session of the Council of CIS Heads of News Agencies.

The joint opening ceremony of the News Agencies World Congress and the OANA General Assembly will take place at the Heydar Aliyev Center on November 16. AzerTAc will take on a three-year presidency (2016-2019) of the Congress at the event.

The slogan of the 5th News Agencies World Congress is 'New Challenges for News Agencies'. The Congress will feature several sessions, including 'The future of news consumption', 'News agencies – challenges and opportunities of new technologies and social media', 'News agency innovation', 'Training journalists for a multi-media future', 'Protecting the journalists’ mission: freedom, access, safety and conflict zones'. It will also feature discussion on problems facing journalism, which is now in experiencing rapid transformation, and forms of cooperation between news agencies and different social media platforms.

The Congress will also see the presentation of a photo album featuring nearly 600 photographs by the participating agencies, which was published through partnership between the Heydar Aliyev Foundation and Baku Media Center.

The 16th General Assembly of the Organization of Asia-Pacific News Agencies will be held at JW Marriott Absheron Baku hotel on November 18, bringing together more than 80 heads and representatives of 40 news agencies.

The agenda of the session of the Council of CIS Heads of News Agencies encompasses a wide range of issues, including review of the organization`s activities in 2016, implementation of joint projects, and expansion of news exchange.