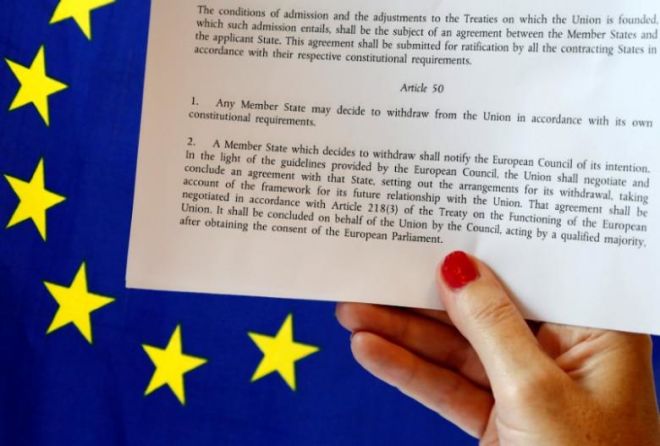 Britain cannot begin negotiations with the European Union until it has triggered the formal exit procedure but it can have discussions with the leaders, a spokesman for Prime Minister Theresa May said on Tuesday.

Asked about a report that German Chancellor Angela Merkel had rebuffed a request by May to discuss the rights of EU citizens, the spokesman said Britain had been clear it wanted to resolve the issue of British citizens living in the EU and EU citizens living in Britain quickly to ease concerns.

"Obviously negotiations can't start until we've triggered Article 50 (to launch divorce talks) which won't be until next year, but there is dialogue between the prime minister and other world leaders as you have seen only yesterday," he said, referring to a meeting with Polish Prime Minister Beata Szydlo.

"We would like to come to an early resolution of the issues surrounding the rights of European Union citizens."