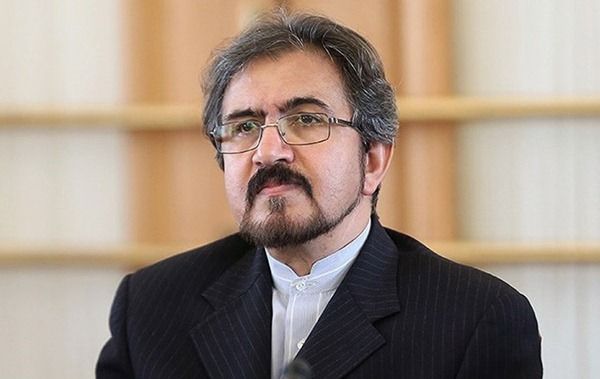 In reaction to the recent US Senate move to approve the legislation against Iran, Qasemi added the move is contrary to the spirit of the comprehensive nuclear deal, known as the Joint Comprehensive Plan of Action (JCPOA), and to the US's obligations not to interfere in the domestic and international affairs of other countries under the international law.

The US Senate on Thursday (Dec 1) approved a legislation extending Iran Sanctions Act (ISA) for another ten years. The Act was to be expired at the end of 2016.

As per the basic principles governing international relations, the US government is responsible for fulfilment of its international commitments, he said.

Qasemi underscored that the US political developments and the relations between the legislative and executive branches can not justify any negligence or refusal of the country to implement its international obligations.

He added the US President has accepted to use all of his powers to prevent the execution of any law that runs contrary to implementation of the JCPOA, the recent Senate bill in particular.

Iran has shown it is committed to the international agreements, said the spokesman, reiterating that the country has forecast any possible procedures and is entirely prepared to act accordingly to safeguard its nation's rights in an effective, robust and mindful manner.

Qasemi stressed that Iran's Foreign Ministry is monitoring the US government' behavior precisely and would present a full report to the board monitoring implementation of JCPOA for necessary action.