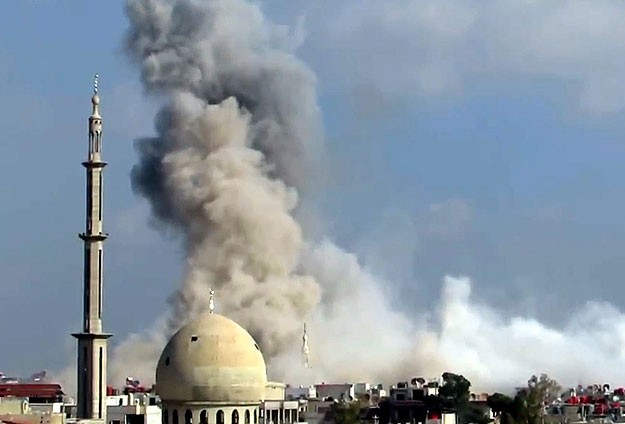 Sources inside Aleppo tell a ceasefire and evacuation agreement has been reached in Aleppo.

Aleppo Media Center (AMC) posted to its Facebook page Tuesday that a ceasefire had announced in Aleppo "in preparation for the evacuation of civilians from besieged areas through safe passages." AMC said, "Within hours, civilians and military factions will be evacuated from the besieged city to Aleppo's northern and western countryside."