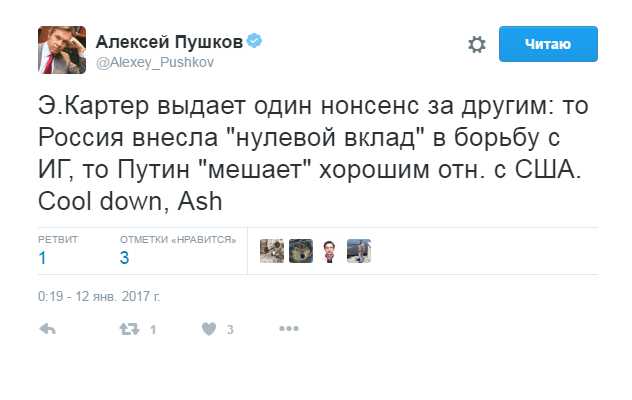 Axar.az reports that, head of the Foreign Affairs Committee in the State Duma Aleksey Pushkov wrote it at his official twitter account.

"Carter's statements are nonsense: first he said that, Russia doesn't put effort against ISIS, then he said that Putin prevents good relations between Rusia and USA. Cool down, Ash!" - wrote Pushkov.