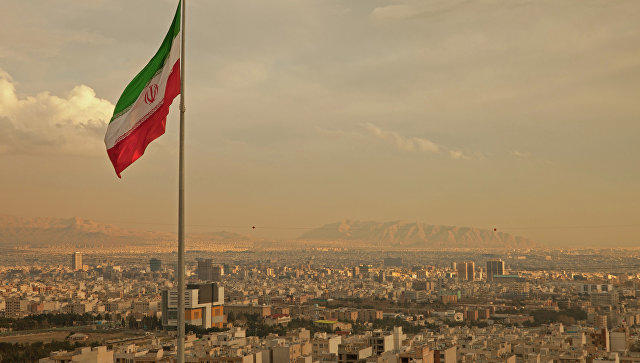 Foreign Ministry Spokesman Ghasemi said a committee had been formed in the ministry to follow up issues faced by Iranians residing abroad regarding the US visa ban.

Ghasemi made the remarks among reporters on Monday evening. He stressed that following the stance taken by Washington on Iran and some other Muslim states, careful planning has been made as regards proper approaches and measures in this regard.

“One step was formation of a committee comprising a number of organizations and the Ministry of Foreign Affairs inside the ministry,” Bahram Ghasemi added.

He noted that the committee had begun operation expressing hope that it will find appropriate solutions to new conditions.

The official emphasized that the committee had prepared necessary instructions on Sunday and Monday before issuing them to Iran’s ambassadors across the globe; “these instructions pertain to respecting honor and dignity of Iranians living abroad especially those who are likely to face difficulties in the US.”

On visit of Kuwaiti FM to Iran and the news that he is carrying a message from his country’s Emir on intervention between Iran and Saudi Arabia, Ghasemi asserted “Kuwait is our neighbor and we presume specific policies and stances towards it though the Islamic Republic of Iran is eager to hold logical, appropriate and balanced ties with all neighboring countries.”

“Iran and Kuwait have always had relations and collaborations,” underscored the official saying “the current visit needs to be evaluated within framework of bilateral ties and a response Zarif’s visit to the Persian Gulf littoral state last year.”

FM spokesperson reiterated that the Kuwaiti FM carried a message from his country’s Emir on economic and political issues as well as that views were exchanged on regional issues like Syrian and Iraqi crises which exert effects of both sides.

The visit also dealt with factors which could promote stability and prevent further challenges inside the region, he continued.

Bahram Ghasemi said he could not confirm intermediary of Kuwait between Iran and Saudi Arabia; “issues related to regional countries could be resolved through bilateral negotiations without the need for mediators.”

He went on to clarify that “should Saudis be ready to take steps to compensate for earlier lapses and express readiness for further cooperation, Iran would definitely welcome these initiatives.”

In response to the question whether Iran would pursue Trump’s visa ban order in international organizations, the official said “as announced in an earlier statement, Iran will prepare solutions as appropriate responses to the US action one being formation of a committee on conditions of Iranians residing in foreign countries.”

Ghasemi refused to provide further details on possible actions to be taken by Iran.

Touching upon details of President Rouhani’s visit to Moscow as announced by the Iranian ambassador to Russia, he stated “Iran’s ties with the Eurasian country are improving as bilateral relations are being pursued with determination.”

“Tehran and Moscow have always exchanged delegations as visits of various ministers and especial envoys of Vladimir Putin will continue,” highlighted FM spokesman commenting “visit of Mr. Rouhani to Moscow remains on the agenda though the exact dates will be announced in a suitable time.”

When asked on the phone agreement reached by US President Donald Trump and King of Saudi Arabia Salman on confronting Iran, Ghasemi asserted “we only know that a telephone conversation has been held between the two sides though no reasonable mind would ever think of confronting a capable country like Iran who enjoys an age-old history in West Asian.”