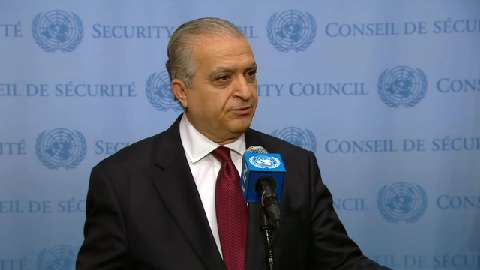 Mohamed Ali Alhakim, Iraq's ambassador to the United Nations, has said there is "no evidence" that ISIL fighters have used chemical weapons in Mosul, where they are battling an offensive by US-backed Iraqi forces.

His comments on Friday came nearly a week after medical workers said that several people, including women and children, had been treated for possible exposure to chemical weapons agents in Mosul since the start of the month.

Alhakim said he spoke with officials in Baghdad and "there was really no evidence that Daesh has used this chemical weapon".

Daesh is another name for ISIL, which stands for Islamic State of Iraq and the Levant, and is also known as ISIS.

Alhakim said Iraq had been in contact with the Hague-based Organisation for the Prohibition of Chemical Weapons (OPCW) which could dispatch a team of experts in the event of a suspected toxic gas attack.

The US Department of Defense has said that ISIL fighters developed rudimentary chemical weapons, such as sulphur mustard at the University of Mosul.

Iraqi forces who retook the campus earlier this year said that parts were repurposed as weapons production facilities.

"There are chemical weapons there," Brigadier-General Sami al-Aradi told Al Jazeera in January. "We've cordoned off the laboratories until we can find out exactly what ISIS were doing."