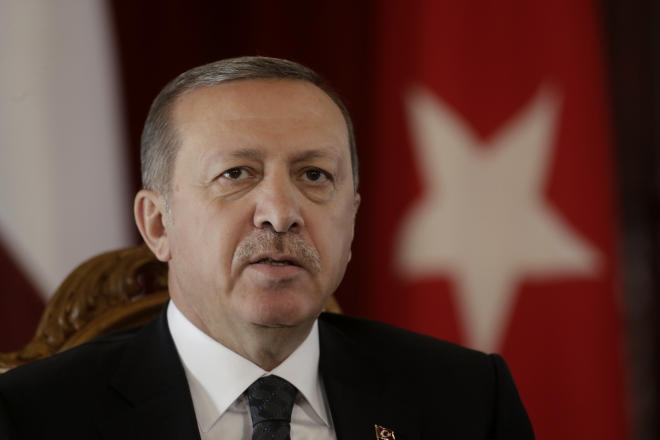 President Recep Tayyip Erdogan said on Friday the atmosphere during last year’s coup attempt showed Turkish people’s “fighting spirit” was as fresh as it was over a century ago during the attempted Allied invasion of Turkey.

Erdogan released a message to mark Canakkale Victory Day -- the 102nd anniversary of the Battle of Gallipoli (Gelibolu in Turkish), a campaign which eventually turned the tide in favor of the Ottoman Empire fighting against Allied powers.

“I believe that the atmosphere during the July 15 coup attempt showed us all how fresh and alive is the fighting spirit which entombed the world powers in Canakkale,” Erdogan’s message read.

“Just like 102 years ago in Canakkale, on the night of July 15 [2016], the most modern weapons were helpless against the faith and determination of our nation,” he added.

The 1915 battle took place in the Dardanelles Strait in Canakkale province's Gallipoli district.

The victory gave Turkey a massive morale boost which enabled it to wage a war of independence and eventually, in 1923, form a republic from the ashes of the Ottoman Empire.

Erdogan added that, most importantly, the Canakkale victory showed to the world “what Turks could do when it comes to homeland, religion, freedom and the future”.

“Canakkale is a lesson for those who make plans against our country and our future that they should never forget,” Erdogan said.