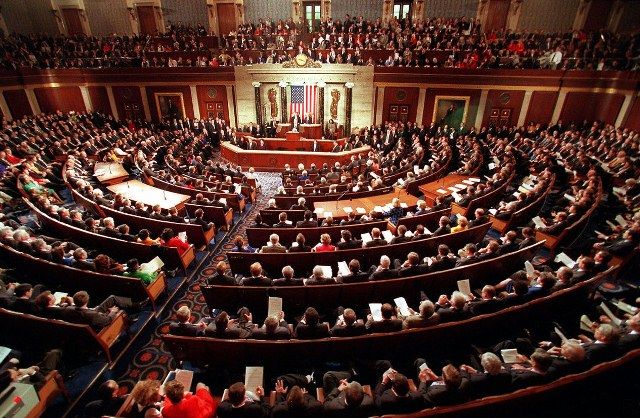 The House of Representatives late Tuesday voted to undo online privacy protections that shields users against the unauthorized sale of their personal data.

Following a similar outcome in the Senate last week, the bill to scrap protections will now go to the White House for approval. The Donald Trump administration has already said it "strongly supports" the move.

The protections were announced in October by the Federal Communications Commission and approved by former President Barack Obama, shortly before the end of his eight-year tenure.

It forced Internet service providers to obtain users' consent before information about their online activity -- including app usage and browsing history -- could be shared with third parties.

The repeal is supposed to level the playing field against technology giants such as Google and Facebook that are not subject to the oversight.

Rather than enforce the user-friendly protections across the board, however, the government chose to shoot them down altogether.

A number of lawmakers on Tuesday took to social media platforms to voice opposition to the bill.

House Minority Leader Nancy Pelosi tweeted that providers know a “startling amount” about users, who “should not have to give up every shred of privacy when you go online”.

Democratic congressman and civil rights leader John Lewis said on the micro-blogging website that the rollback was “wrong”, and “consumers deserve better”.

After last week’s Senate vote, Internet journalists and content creators used their online platforms in a bid to build grassroots support to pressure Congress to reject the legislation.

Editors of technology and Internet media outlets, including Wired and The Verge, as well as YouTube creators such as H3H3 Productions, urged Americans to communicate their concerns to their elected officials.

Internet rights group Fight for the Future on Monday promised to “expose Congress members” who vote for the repeal by launching a billboard campaign in Washington D.C. The sample billboard shared on its website includes a list of lawmakers who supported the bill, and says: “They betrayed you”.