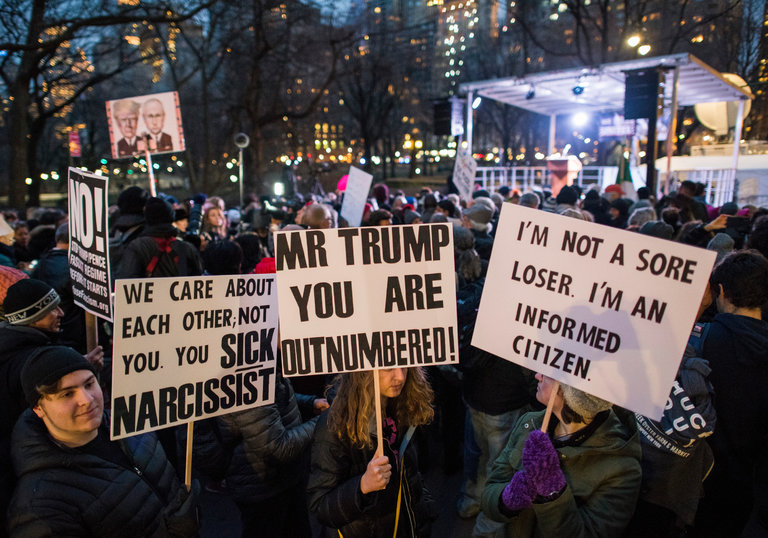 U.S. President Donald Trump returns to New York on Thursday for the first time since taking office, planning a bit of diplomacy as city officials brace for protests in the city where he built his name and fortune.

Trump's departure for his Jan. 20 inauguration ended a 2-1/2-month period following his Nov. 8 election that was marked by mostly protesting but also admiring crowds outside his home in the Fifth Avenue tower that bears his name and served as his presidential transition headquarters.

Police are bracing for protests around the decommissioned aircraft carrier Intrepid on Manhattan's west side where the businessman-turned-politician is set to meet with Australian Prime Minister Malcolm Turnbull, and at Trump Tower in the busy midtown section.

Trump's first 100 days in office brought rollbacks of environmental regulations, an attempt to repeal his predecessor's signature healthcare law and crackdowns on immigrants, none of which play well in the liberal Northeast city.

"He's from here, but we think his values are out of step with all the rest of us," said Joe Dinkin, spokesman for the Working Families Party, which is leading a loosely coordinated collection of groups for a "Reject Trump" rally.

Fewer than one in five residents in America's most populous city voted for Trump, even though he comes from the city's Queens borough, built a brand in real estate and other ventures associated with New York, and has been tabloid fodder for decades.