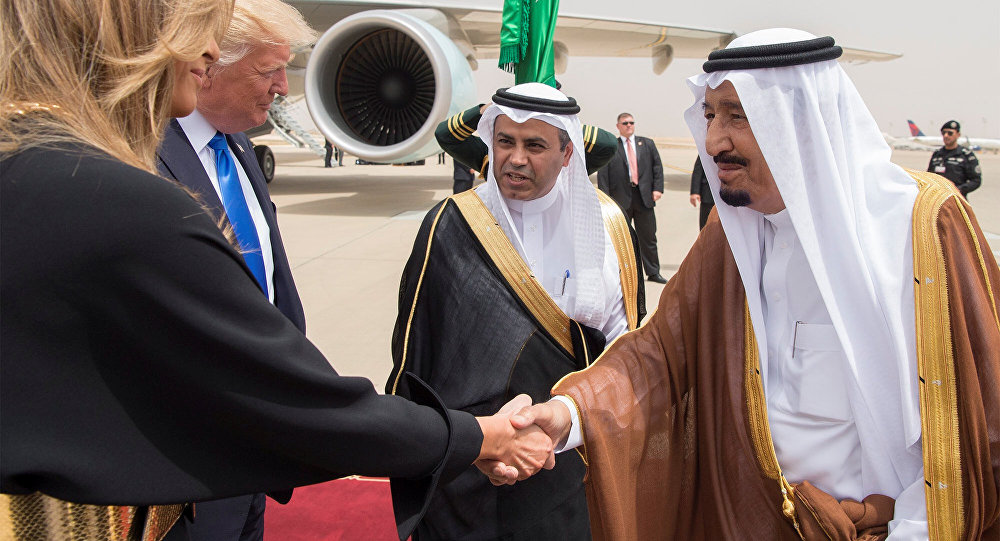 Saudi King Salman bin Abdul Aziz drew a lot of attention as he shook hands with US President Donald Trump's wife Melania during the couple's controversial visit to the Middle East. Afterwards, he was given a lecture on Islamic ethics by Swedish Muslims.

Sweden's growing Muslim diaspora seemed to be mortified by the fact that the Saudi King shook hands with a woman during US President Donald Trump's state visit the past weekend. In most versions of Islam, shaking hands with (or even touching) a member of the opposite sex is prohibited when not related.

The fiercest criticism was expressed by the freshly-launched Instagram account Islamiskt ("Islamic"). The account was started at the end of April, followed by a Facebook page by the same name, Swedish news portal Fria Tider reported.

"In God's name, you shake hands like this? I hope not," Islamiskt wrote and went on to enlighten fellow Muslims about the peculiarities of Islam. "Shaking hands with the opposite sex is strictly haram [forbidden] and is something the holy prophet not only never did, but also forbade the believers to do," Islamic wrote.

The text continued with an explanation why it was of paramount importance for Muslims not to shake hands with any member of the opposite sex.

"Keep it in mind that by not shaking hands you show it to the others and even to yourself who you are. This is part of your identity, do not forget it," the text said.