Husband of gay PM joins the wives of presidents - Photo 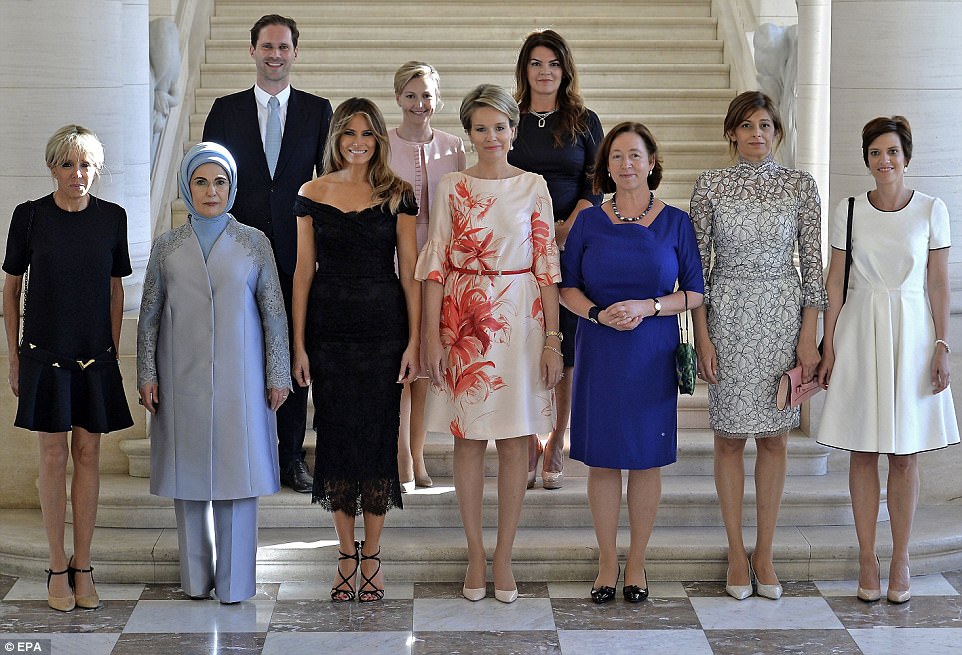 The husband of Luxembourg's gay Prime Minister Xavier Bettel has been mingling with the wives and girlfriends of other world leaders during the NATO conference.

Gauthier Destenay, a Belgian architect, joined the likes of US First Lady Melania Trump in Brussels on Thursday while their partners were off discussing world matters.

The First Gentleman, who married his Prime Minister husband in 2015, posed for photos with the group of women at Royal Castle of Laeken on Thursday evening ahead of a dinner especially for spouses.

Dressed in a black suit with a grey tie, Destenay stood among the world leader's glamorous spouses.

He stood directly behind Mrs Trump and the none-too-pleased Emine Erdogan, the devoutly Muslim wife of Tayyip Erdogan, President of Turkey.

Unlike some of the women, Destenay opted to stay in the same suit-tie combination he had worn earlier in the day when he was given a tour of the Magritte Museum, which is devoted to the works of Belgian surrealist painter René Magritte.

Destenay was pictured enjoying a friendly chat with the French and US first ladies at the museum, which is famed for works like the 1964 'self-portrait' of a bowler-hatted man whose face is hidden by an apple.

His husband became the first gay EU leader to enter into a same-sex union when the couple married in a low key ceremony two years ago.