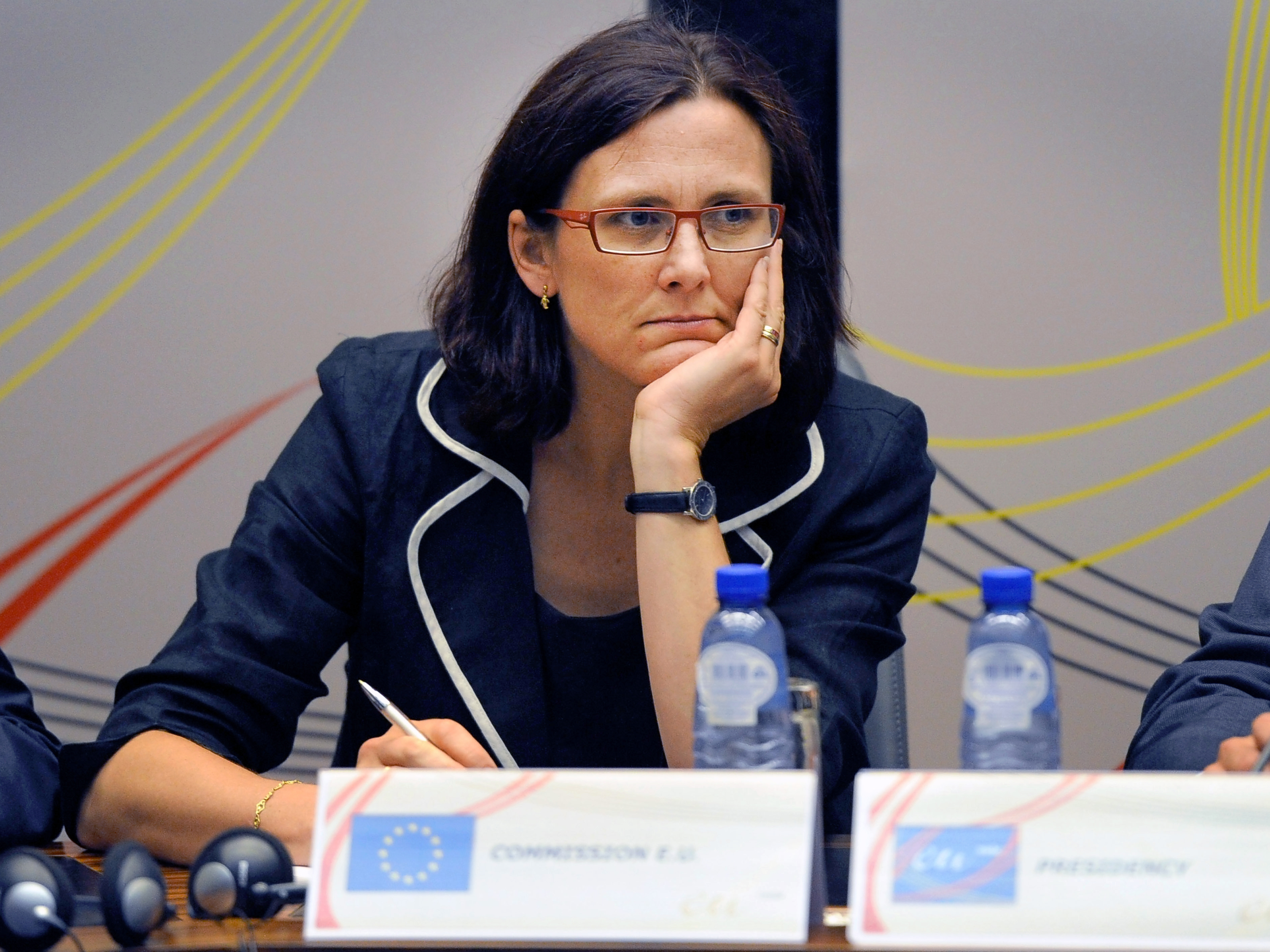 The EU’s trade commissioner Cecilia Malmström says Brussels “will need to respond” if Mr Trump decides to impose tariffs on steel from the EU, China and other countries.

She told Politico: “We should be very, very clear …. [that] this is hitting the European Union very, very hard.”

Ms Malmström said the EU will have to analyse Washington’s decision before deciding what action to take.

She said: “We will have to respond in different means.”

She warned US tariffs are “maybe not targeted vis-à-vis Europe, but it will hit us very hard.”

EU lawmakers proposed toughening new rules to guard against cheap Chinese imports on Tuesday in a vote exposing a shift to a more guarded stance towards free trade in Europe.

The European Parliament's international trade committee voted overwhelmingly in favour of a text that would give the EU greater scope to impose duties on products coming from countries where the state interferes with the economy.

An EU-China summit this month was overshadowed by divisions on trade, with Brussels still wrestling over Beijing's demand that it be treated as a "market economy" 15 years after the Asian nation joined the World Trade Organisation.

For now, China is treated as a special case in which dumping is established if the export prices of a given product are lower than those of a third country, such as the United States.

Ms Malmström stressed the EU remains allies with the US despite the brewing trade war.

She said: “We are allies, we are friends. Almost all EU countries are members of NATO.”