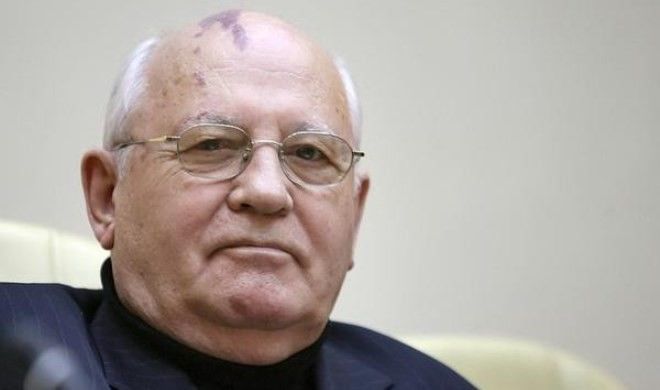 Last Soviet leader Mikhail Gorbachev said on Tuesday that he deemed it necessary to immediately start preparations for a Russian-US summit.

The architect of the former Soviet Union’s perestroika program made this statement in his greetings to participants in the international conference arranged at the Gorbachev Foundation on the occasion of the 30th anniversary since the historic visit by 40th US President Ronald Reagan to Moscow.

The text of the greeting was posted on the Gorbachev Foundation’s website on Tuesday.

"It is absolutely abnormal that they have not had any full-fledged negotiations," Gorbachev noted.

"We have squandered the year 2017 and already almost a half of this year. We need to catch up with what has been missed," the former Soviet president wrote.

Gorbachev could not take part in the roundtable talks due to health issues. However, the discussion participants heard his written message and saw a video of Gorbachev’s famous stroll with Reagan along the Kremlin and on Red Square. At that time, the high-ranking American guest said, in particular, that he no longer considered the Soviet Union "an evil empire."

Today, as Gorbachev believes, the agenda of a new bilateral summit has to be determined. Moreover, "the main issues have to be identified for the beginning." "Today, these are the problems of curbing the arms race, the issues of strategic stability and confirming the arms reduction treaties (the INF and the new START treaties)," the last Soviet leader said, adding that "a strong impulse from the heads of state is needed."

Simultaneously, it is necessary to build a dialogue on the entire agenda, including regional and global problems and bilateral relations, the former Soviet president pointed out.

"In this sphere, a backlog of problems has accumulated and it will be very difficult to sort it out," he wrote.

"But there is no alternative! Politicians should comprehend this and it is necessary to persistently urge them to do that," Gorbachev asserted.

"I believe that we all - civil society organizations, experts, along with scientific, business and media figures should spur movement in this direction," Gorbachev pointed out.

The last Soviet leader called for reviving people’s diplomacy and expanding cultural contacts and student exchanges "perhaps not in the formats that existed 30 years ago but this must be necessarily done."

The former USSR president said he disagreed with critics who believed that this was utopia and that Russia and the United states were doomed to confrontation.

"I reply: no, they are not doomed," Gorbachev stressed.

The conference was organized at the initiative of historians David Foglesong from Rutgers University and Viktoria Zhuravlyova from Russian State Humanitarian University. Renowned Russian and US experts, including former US Ambassador to Moscow Jack Matlock, attended the conference.