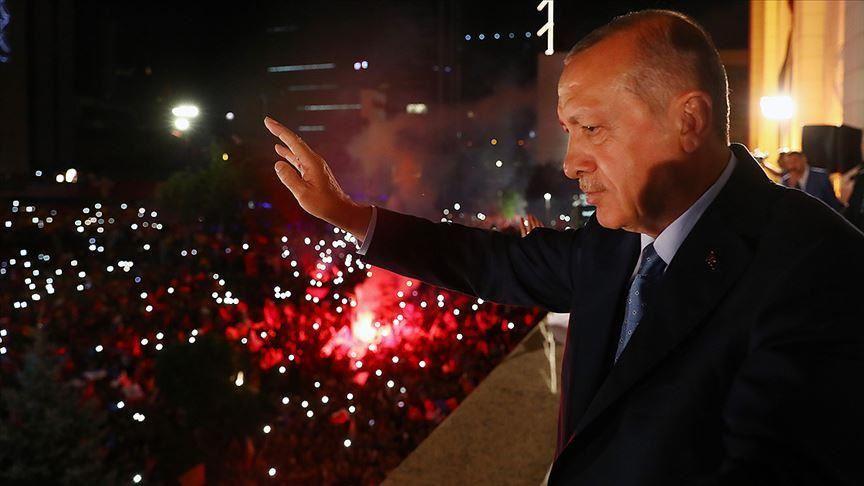 Mr Erdogan was defending the decision to re-run the 31 March vote, which returned a slim win for the opposition.

Opposition candidate Ekrem Imamoglu, who has been stripped of his duties, described the move as "treacherous".

The European Parliament also said the decision would end the credibility of democratic elections in Turkey.

The decision to hold a new vote, which will be held on 23 June, sparked protests across the city on Monday. Hundreds of people gathered in several districts, banging pots and pans and shouting anti-government slogans.