Europe will be ‘sanctioned to ground’ for Iran ties 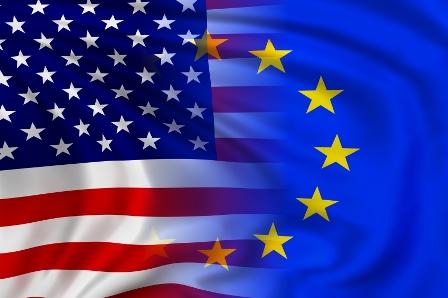 The United States should sanction “to the ground” European countries that continue to trade with Iran under the 2015 nuclear deal and refuse to join America's pressure campaign against the Islamic Republic, says top Republican Senator Lindsey Graham.

Axar.az reports that speaking to Fox News, Graham said the European signatories of the Joint Comprehensive Plan of Action (JCPOA) – the UK, France and Germany – were too “weak” too abide by America’s unilateral sanctions against Tehran.

"I will tell the Europeans, 'If you want to side with the Iranians, be my guest, but you won't use an American bank or do business with the American economy,'" Graham said.

The remarks came days after Tehran announced it was beginning to cut back on its commitments under the nuclear deal in response to the Europe’s inability to protect bilateral trade from US sanctions.

Iranian officials have officially announced that the country is now enriching uranium beyond the 3.67 percent limit set forth in the 2015 Iran nuclear agreement and that its enriched uranium stockpile has surpassed the 300 kilograms cap.

The European signatories of the deal pledged after Washington’s decision to abandon the deal in May 2018 that they would introduce a special payment channel to protect trade and ultimately salvage the agreement.

They have recently confirmed that the mechanism, called INSTEX, will soon become operational.

'US should pressure Europe to support new deal'

Graham said during the interview that he supported Trump’s call for renegotiating a new deal instead of the JCPOA, adding he would use sanctions and economic pressure to force Europeans to join Washington.

"Are you prepared to sanction whatever company or country within Europe does?" Fox News Host Maria Bartiromo asked Graham.

"To the ground," replied the senator, who is a close ally of the president.

He said a better deal would fully curb Iran’s right to enriching uranium while the JCPOA allows for 3.67 percent enrichment.

Upon announcing his departure from the landmark agreement, Trump said he would launch a pressure campaign against Iran that will make use of sanctions and other hostile measures to force the Islamic into renegotiating a new deal that would address its ballistic missile program and curb its regional influence.

Since then, the US has imposed sanctions against Iranian oil exports while also sending troops and military equipment to the Persian Gulf region to confront what it refers to as “threats” coming from Iran.

The Trump administration's most recent round of sanctions targeted Leader of the Islamic Revolution Ayatalloh Seyyed Ali Khamenei.

The US Treasury Department was expected to announce sanctions against Iranian foreign minister Mohammad Javad Zarif as well but has shelved those plans for now. The State Department has announced that it would grant Zarif a limited visa ahead of his visit this week to the United Nations in New York City.

European countries have so far rejected the Trump administration's calls to quit the JCPOA. Iran has also made it clear that it would never accept any alternatives to the current deal.