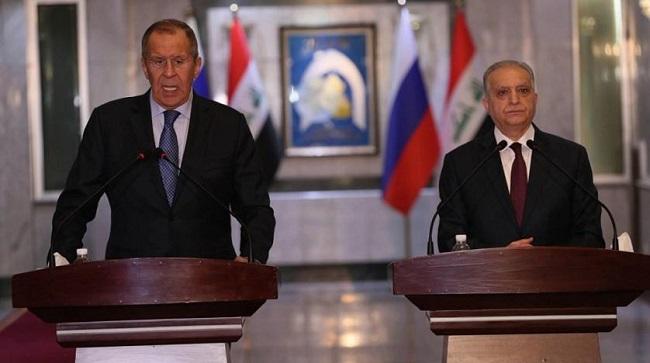 Iraq and Russia said on Monday they share the same positions on Syria and that both sides agree on the unity of the Syrian territories and the need for Damascus to return to the Arab League.

Lavrov, accompanied by a delegation including representatives of major Russian energy companies, arrived in the Iraqi capital Monday on an official visit.

The two men said they agreed that it was necessary to launch the political process in Syria in accordance with the recently formed constitutional committee. Hakim underscored the strength of Iraqi-Russian relations and the importance of boosting them even further.

“We discussed trade relations, facilitating visa procedures, as well as supporting Iraqi students and developments in the region,” the minister told reporters.

Lavrov said the political dialogue between Iraq and Russia is ongoing.

Lavrov’s visit coincided with anti-government protests that have swept Iraq for a week.