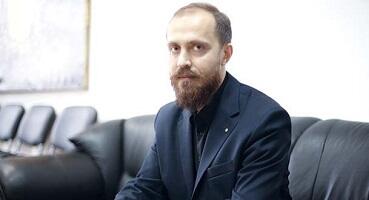 The year 2021 began with some dark, watershed moments for the US. On 1 January, Democrats in the House of Representatives introduced a new bill that represents the next step in the abolition of traditional family values and sex (gender) differences. The pronouns “he” and “she” will no longer be acceptable terminology and will not be used.

The registered document states: “In clause 8(c)(3) of rule XXIII, strike ‘father, mother, son, daughter, brother, sister, uncle, aunt, first cousin, nephew, niece, husband, wife, father-in-law, mother-in-law, son-in-law, daughter-in-law, brother-in-law, sister-in-law, stepfather, stepmother, stepson, stepdaughter, stepbrother, stepsister, half brother, half-sister, grandson, or granddaughter’ and insert ‘parent, child, sibling’ [a medical term for offspring of the same parents, both brothers, and sisters]”. Although the Democrats have fought for such terminology in the past, it seems that it will now be formalized in the US at the federal level, and every citizen will be forced to obey these new rules, despite the fact that they run contrary to common sense.

On 4 January, at the opening of a new session of Congress, the somewhat strange “a woman” was uttered at the end of the traditional prayer in place of the usual “amen”, something that became the subject of discussion far beyond America’s borders. This act of “gender neutrality”, as it was presented by the Democrats, was actually a manifestation of the usual stupidity, mediocrity, and insanity of those US politicians who pursue a globalist, neoliberal agenda, believing it to be the only possible form of political organization (which, from their point of view, automatically turns dissenters and opponents into “fascists”, “terrorists” and just plain “bad guys”).

Trump’s latest attempts to stand up against the Democrats and mobilize his supporters to contest Biden’s victory did not produce the desired result. In fact, there has been a schism in the Republican Party over support for Trump.

Senators Josh Hawley (Missouri) and Ted Cruz (Texas) tried to support Donald Trump in the US Congress, while many of their party colleagues (such as Rob Portman of Ohio and Mike Lee of Utah) took the opposing side, calling Trump’s claims unfounded.

It should be noted that Hawley and Cruz are potential Republican Party candidates for the 2024 US presidential election, and their statements could be a way of winning the support of that part of the electorate who voted for Trump.

Following the events in the US Congress on 6 January, however, Ted Cruz stated that Trump bears some responsibility for the storming of the Capitol because of his angry rhetoric.

Many US politicians were quick to express their opinions on the unprecedented action taken by Donald Trump’s supporters. From comparisons with the burning of the Capital by the British in 1814 to banal phrases about the threat to democracy, the incident was mostly condemned without any kind of attempt to understand the cause or analyze mistakes.

With a certain amount of originality, former US President George W Bush said that the US is turning into a banana republic. Michael Lind agrees with him, noting: “As if any proof were needed that the United States is now a banana republic, only three presidents in American history have been impeached and two of the last four presidents have been impeached by the opposition party in Congress.”

Unlike former and current high-level politicians, however, Michael Lind offered a detailed theory for what happened.

Lind believes that the US is experiencing five simultaneous crises. As well as the storming of the Capitol on 6 January 2021, he also mentions a previous event that took place on 8 June 2020, when the Seattle police evacuated their precinct building and there was nearly a month-long stand-off between anarchists and the government. Therefore, the problem is not with the MAGA movement itself, which is only a reflection of American reality, including the polarization of society – or of those who are politically active, at least.

The first crisis is political and has its roots in the 1970s when new rules for primaries were adopted. This undermined the previous system, which had limited the power of presidents, members of Congress, and political leaders. Now, any mogul could slip easily into the upper echelons of politics. The two parties also turned into machines of political control with rigid bureaucracy and sycophancy.

The second crisis is related to a loss of identity since the US has lost its general sense of patriotism. The country’s common national identity has split into religious groups, ethnic and racial movements, and abstract gender-related issues such as women’s and LGBT rights.

The third crisis is social and manifests itself in social anomie, the activities of the media, and the manipulation of the masses by dubious foundations, as the Democrats did with Antifa and left-wing groups throughout the country in 2020.

The fourth crisis is demographic. The fertility rate among Americans is currently 1.77, while the immigrant fertility rate is much higher. Moreover, this drop-in rate has happened relatively recently. In 2007, it was 2.12.

The fifth crisis has taken place in the economy, and both parties are to blame. Instead of encouraging labor-saving technologies for workers, labor arbitration schemes were used, resulting in the offshoring of jobs (where rates of pay are low) and an influx of migrants in low-paid professions. Employment in the private sector has also fallen to 6%, the same figure as under Herbert Hoover.

Michael Lind notes another interesting fact – the attack on the Capitol by MAGA supporters happened after the grocery company that owns Vons, Pavilion, and other chains in California announced that it was firing its full-time delivery drivers and replacing them with gig workers.

All the promises about creating new, better-paying jobs in the “knowledge economy” turned out to be lies. Therefore, Lind believes that the blame does not lie with Trump and Obama, but with several previous regimes that brought the country to this state.

Corruption is another systemic phenomenon in the US that negatively affects every sphere of life.

Peter Van Buren writes in The American Conservative that, in reality, corruption in the US is so huge that it is simply impossible to fight it. He mentions scams involving various foundations such as the Clinton Foundation, which took money simply for organizing meetings with Hillary Clinton. Or the Bidens’ family business, which made more than $15 million between 2016 and 2020. There are also all kinds of money-laundering schemes – Joe Biden received $10 million as payment for a book that no one read, for example. Joe Biden also has an S-corporation company that evades taxes and donated money to his own Super PAC (political action committee). Then there is Hunter Biden, who has earned millions in China and Ukraine through various dubious and politically hued schemes and does not pay taxes in the US. The details of his schemes have already been disclosed by the American press. He is currently still under investigation.

But the conservatives are not the only ones talking about the unbelievably high level of corruption in the US. Even The Financial Times, which can hardly be accused of sympathizing with the right, points out that corruption has penetrated every sphere of activity, primarily business and politics. The article states that thanks to “corporate America’s deal with the devil”, an oligopoly has formed in the US and, as a consequence, there is neither a democracy nor a republican form of rule.

The analysis and opinions of various authors and commentators may be colored by their political bias, so, to get a full picture of what is going on, it is necessary to turn to statistics.

A survey carried out by the Institute for Advanced Studies in Culture at the University of Virginia entitled “Democracy in Dark Times” is of particular interest with regard to what is happening in the US. It focused on the 2020 election campaign and on American political culture, but the questions asked to reflect the general atmosphere and current trends. For example, the vast majority acknowledged that the recent election was corrupt. This view was expressed by 62% of the Republicans questioned, 57% of the Democrats, and 54% of the Independents.