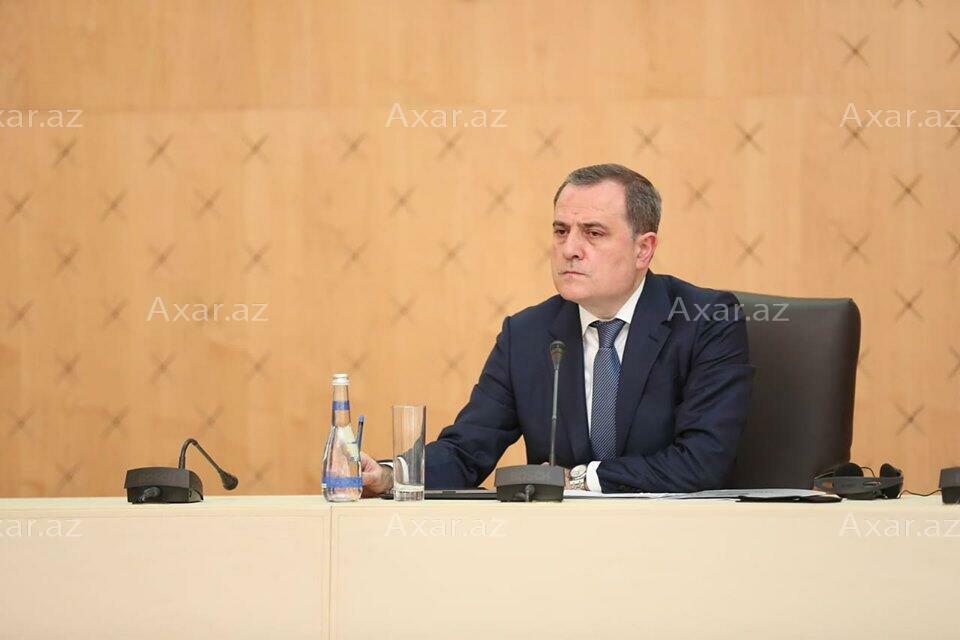 Azerbaijan's Foreign Minister Jeyhun Bayramov participated in the 46th annual ministerial meeting of the G77 and China Group at the UN on the topic "Elimination of food, fuel and financial crises and ways to achieve the Sustainable Development Goals".

It was reported that Minister Jeyhun Bayramov spoke at the meeting attended by foreign ministers of 134 countries and emphasized the importance of global solidarity and cooperation in fighting food, fuel and financial crises, as well as eliminating their consequences. Confidence was expressed that the G77 can contribute to the consolidation of joint efforts, as well as the strengthening of solidarity, cooperation and emphasizing the central position of the UN system in the fight against the mentioned global problems.

Despite being a relatively new member of the G77, it was noted that Azerbaijan tries to actively contribute to the work of this group. In this regard, Minister Jeyhun Bayramov said that as the acting chairman of the Non-Aligned Movement (NAM), Azerbaijan is trying to establish effective interaction between the NAM and the G77.

It was brought to attention that new realities have emerged in the region after the end of the conflict between Armenia and Azerbaijan and the restoration of the territorial integrity of Azerbaijan. In this regard, Minister Jeyhun Bayramov emphasized that the transport junction formed by the restoration of communications and the implementation of the Zangezur corridor will provide the shortest land route between China and Southern Europe.

It was stated that Azerbaijan has provided international humanitarian, technical and financial assistance to more than 80 developing countries in solving the problems caused by the COVID-19 pandemic, and will continue to provide its support as one of the reliable partners of South-South cooperation.