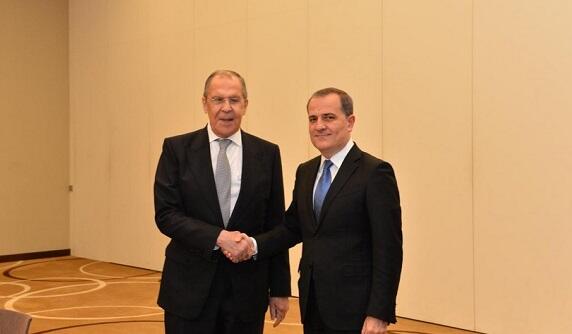 A meeting between Azerbaijani Foreign Minister Jeyhun Bayramov and his Russian counterpart Sergey Lavrov has started in Moscow.

Axar.az reports that the meeting is held at the Reception House of the Ministry of Foreign Affairs of the Russian Federation.

During the meeting, the heads of MFA will discuss the state and prospects of bilateral cooperation, and also exchange views on the most relevant aspects of the regional and international agenda, including the issues of normalization of relations between Armenia and Azerbaijan.

Based on the results of the meeting, it is expected that the Plan of Inter-Ministerial Consultations for 2023-2024 will be signed between Azerbaijan and the Russian Federation.

It should be noted that the Minister of Foreign Affairs of Azerbaijan, Jeyhun Bayramov, left for a business trip to Russia on December 4.